Mopar muscle cars ready to rumble at Russo and Steele 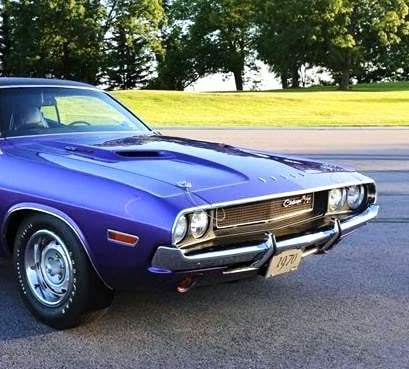 Mighty Mopar muscle cars from the Ted Lindsten collection will cross the block at no reserve in January during Russo and Steele’s collector car auction in Scottsdale, Arizona.

Lindsten, a native of Sweden and well-known among Mopar enthusiasts for his primo selection of Dodge and Plymouth performance machines, has consigned five authentic examples from 1969-70, the heart of the muscle-car era.

1970 Plymouth Hemi ‘Cuda – A four-speed coupe listed in the Chrysler Registry as one of 44 built for the Canadian export market, the ‘Cuda features “a correct but non-matching numbers powertrain” with a 1969 426 cid Hemi V8. Completely restored in 2005 and decoded by Chrysler expert Galen Govier, the car has been driven just 17,300 miles.

1970 Dodge Hemi Challenger RT/SE – One of 63 Hemi RT/SE Challengers built for 1970, the Plum Crazy coupe has a numbers-matching drivetrain with automatic transmission, with restoration completed in 2003 and just 44,900 miles on its odometer. Govier has decoded and inspected this car, which comes with its original build sheet.

1970 Dodge Challenger RT/SE 440/6 – Another Six Pack 440 coupe, this one also rare and well-documented, with full restoration in 2001-2002 and decoded by Govier. The Torqueflight automatic is numbers matching but the correct Code F440 engine is a replacement.

“Classic Mopars have certainly been one of the strongest segments of not only the once-again-exploding muscle car market, but of the entire collector automobile market as a whole,” John Bemiss, Russo and Steele consignment director, said in a news release.

“These are blue-chip offerings that have been collected by one of the world’s most astute Mopar collectors, and they represent the tip top of the pyramid of collectability. Factor in that these are all no reserve offerings, and the sky is the limit.”