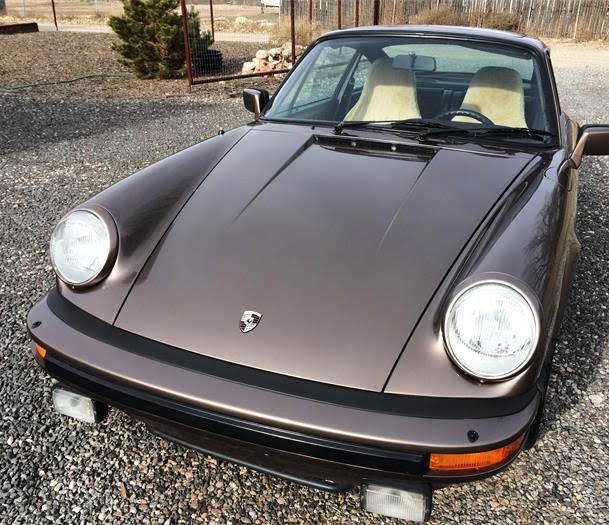 Of all the air-cooled 911 models, the 911SC built from 1978 to 1983 is almost universally considered to be the most reliable, trouble-free and best built of all. These cars routinely cover as much as 300,000 miles without needing any major engine work. Additionally, the 911 SC offers great performance combined with low running costs.

The 911SC is also the last decent bargain that you are likely to find on a classic 911. A few years ago, you could have bought a 911SC in the condition of this car for little more than $20,000. Over the past year, it seems as if enthusiasts have finally caught on to the 911SC, and prices have been on the rise. That said, cars like this, and this example in particular, still can be bought for a very fair price.

The Porsche has had numerous mechanical upgrades, the seller says

The Pick of the Day is a 1983 Porsche 911SC coupe listed by a private seller in Corrales, New Mexico, with an asking price of $35,000, which seems reasonable.

The SC models combine the best of the early 911 “long hoods” with lower service intervals, fully galvanized bodies that are all but impervious to rust, improved interiors with more-comfortable seats, and air-conditioning systems that can be made to function like those in modern cars.

According to the seller’s listing on ClassicCars.com, this car has covered 85,000 miles since new, which are low miles for an SC. It is finished in Smoky Quartz paint with a brown leather interior. The paint is stated as original with the exception of the front bumper, hood and fenders to repair stone chips. The cruise control and headlight washers do not function, the seller notes, which are common issues with the 911SC.

On a positive note, the engine has had a desirable Carrera-style oil-fed chain-tensioner upgrade, headlights upgraded to Hella H4s, and its AC was upgraded to a Griffiths R134 system. It has new Michelin Pilot A/S3 tires, says the seller, who adds that he or she is the second owner of the car for the past 15 years, another serious plus.

This is one of the nicest 911SCs I have seen in quite a while, and the price asked is more than fair for a car this nice. If I were shopping for a 911, I would have this car inspected to verify that the condition is as represented, and if so, I’d be its next owner.