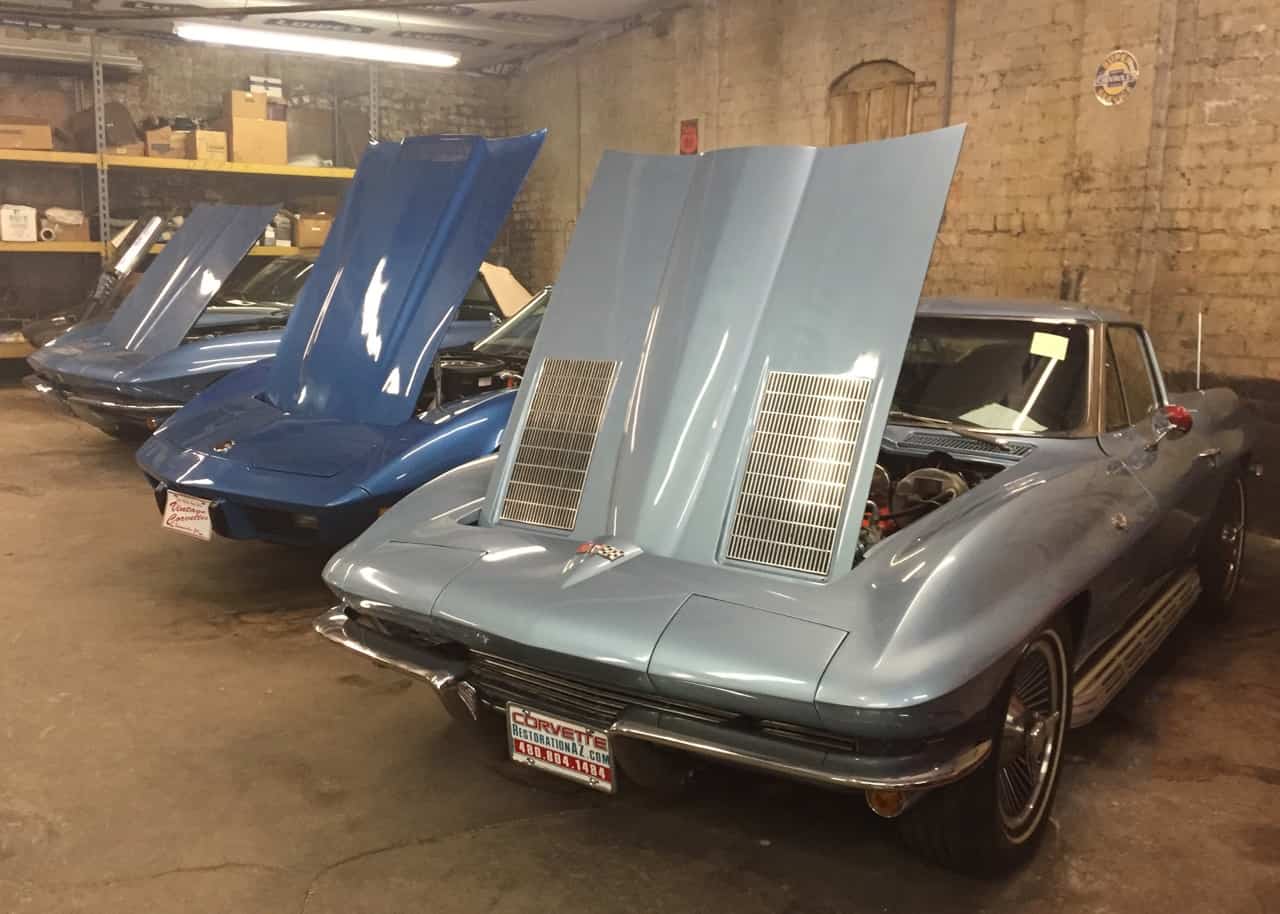 Among the 40 Corvettes are 19 from the 1967 model year, coupes and convertibles | Leake Auction photos

Leake Auction Company will offer a collection of more than 100 cars at no reserve at its Oklahoma City sale in February, including 40 Corvettes ranging from 1957 through 1975.

The cars are from the Tom Falbo Collection, which Falbo of Smithers, West Virginia, is paring down.

“The Corvettes are the cream of the crop,” said Richard Sevenoaks, president of Leake Auction.

“He’s been collecting for 15 to 20 years. He had the cars covered and with trickle chargers, and with people detailing them, so cosmetically they’re in very good shape. Mechanically, we’re doing batteries and carburetors and gas tanks and brakes (in preparation for the sale),” Sevenoaks said.

Sevenoaks said that while Falbo’s collection isn’t the largest Leake has handled in terms of number of cars, it figures to be by far the most valuable across the block.

“We’ve already had Roy Sinor do a cursory inspection based on VIN and color. He has not seen all the documentation yet, but will inspect the cars,” Sevenoaks said

Sinor already has selected four cars as being very significant, Sevenoaks added. All are 1967 models with 427cid engines and 4-speed manual transmissions — ’67s apparently are Falbo’s favorites; of the 40 cars, 19 are from that model year, including 10 convertibles and nine coupes.

So far, Sinor’s selections are:

But it’s not all Corvettes; Falbo’s collection includes this Ford GT

“I think we’ll have an opportunity to set the market on ’67 Corvettes,” Sevenoaks said, adding that Falbo bought many of the cars at major auctions and from well-known Corvettes specialists such as Pro Team Corvette in Ohio.

Sevenoaks said Leake learned of Falbo’s cars through long-time business contacts who heard that Falbo was thinking about selling many of his cars. Leake consignment specialist Andy Stone flew to West Virginia to see the cars and to start working on a possible consignment deal.

“We’ve had eight trucks full already delivered to a warehouse in Oklahoma City,” Sevenoaks said, adding that a team of four mechanics is in OKC getting the cars prepped for the sale, scheduled for February 19-21, 2016 at the Cox Pavilion at the Oklahoma City Fairgrounds.

Selling such cars at no reserve “makes us hold our breath a little,” Sevenoaks said. “But with proper marketing and advertising we’ll have all the Corvette people there, and it (selling a special group of cars at no reserve) worked well at Dallas though this is a little higher-end collection.”

At Dallas, the no reserve collections were offered on Sunday morning, but because of the significance of Falbo cars, they will cross the block on Saturday, February 20.