For the 1971 model year, Dodge got its hands on the two-door hardtop bodywork of the Duster model that Plymouth had introduced the previous year. The Dodge version, called the Demon, became part of the brand’s compact Dart range even though it rode on a shorter (by three inches) wheelbase and was some four inches shorter overall than the other Dart models.

But what the Demon lacked in size, it more than made up for in performance options. While the famed slant-6 engine was standard, a Demon could be equipped with Chrysler’s 340cid V8, floor-mounted three-speed manual gearbox and Rallye Suspension. A “Sizzler” package added graphics, special wheels — including the steering wheel — racing mirrors and more. Also optional was a hood with dual air scoops.

Our Pick of the Day is a 1972 Dodge Dart Demon, which differed from the ’71 model only with a new grille and some updated interior features.

While the Dart Demon being advertised on ClassicCars.com has an automatic transmission, it also has a 340 V8, as well as power steering and disc brakes.

It also has a 8 3/4 rear end and staggered wheels and tires — 15-inch Rallye wheels with white-letter Goodyear radials at the rear and 14s up front.

Its white vinyl roof matches the Eggshell White paint. It has the stripes and the hood scoops and bucket seats and more.

The 16 photos included in the ad show a car that looks immaculate, with a drag-style rake to its stance. 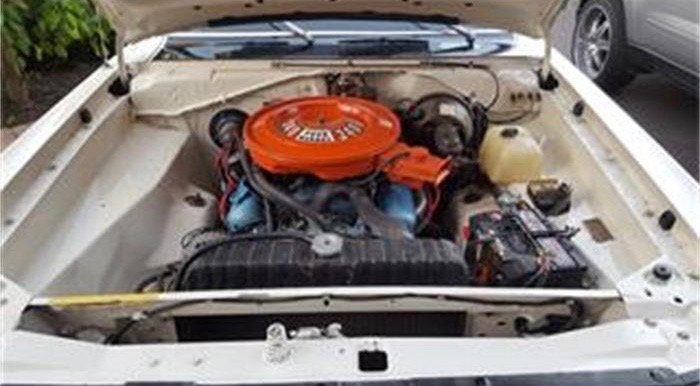 “The car is located in Canada,” the seller notes, adding, “If necessary I may be able to help with shipping,” or “I also could meet any buyer at Pearson International Airport (Toronto) in order for buyer to drive home.”

The “car is strong, drives and shifts well,” the seller promises. 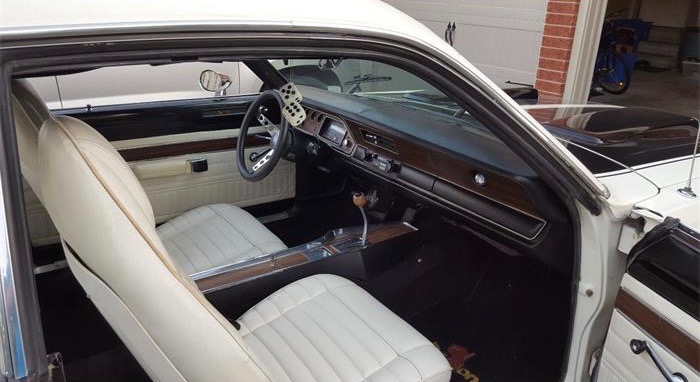