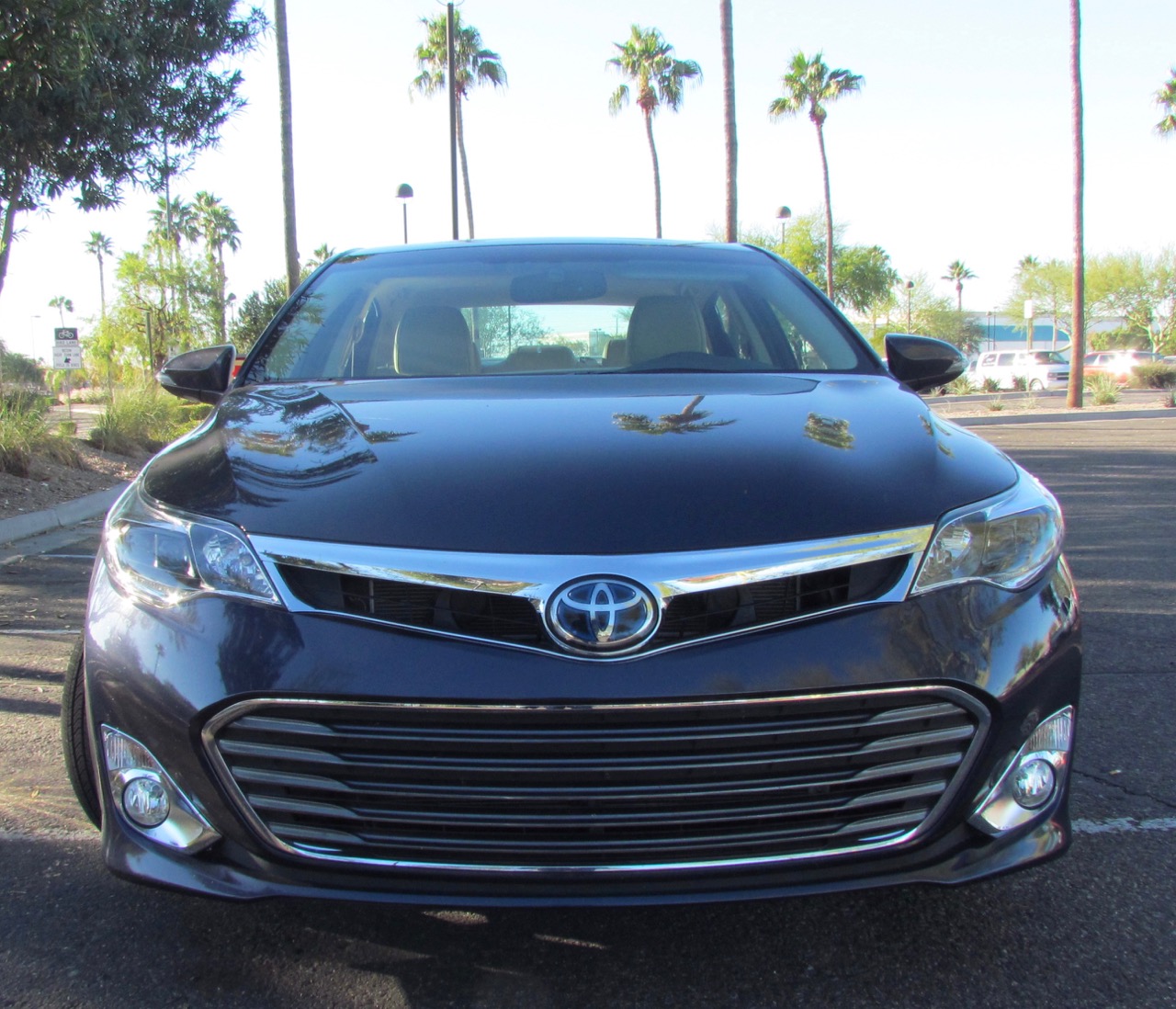 It’s a long and generally uninspiring landscape that awaits the drive from Phoenix to Los Angeles and back on Interstate 10, the paved superslab across the desert. Plus there’s always the likelihood of getting within 50 miles of LA and encountering excruciating traffic tie ups.

You need to create your own driving environment for such a trip, and we were able to select a 2015 Toyota Avalon Hybrid for our excursion to attend the press preview day leading up to the grand reopening of the Petersen Automotive Museum. 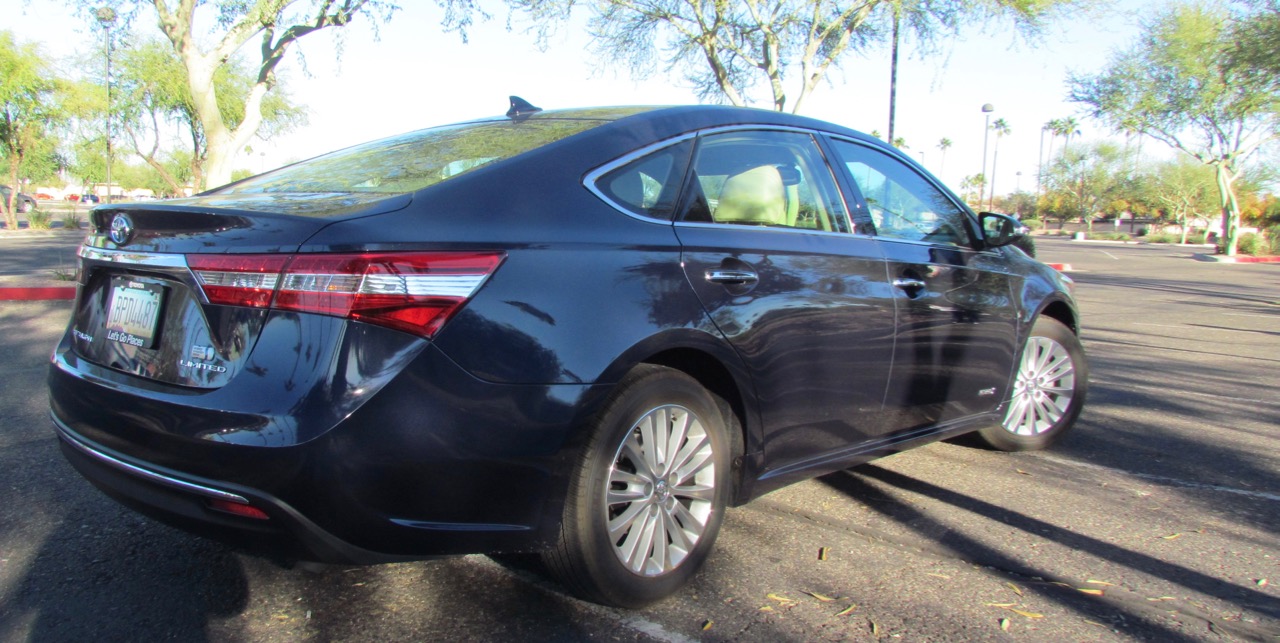 Why, you might wonder, would we select the big Toyota cruiser? Well, at one point there was talk that as many as five of us would be making the trip and the Avalon provides lots of legroom for those sitting in the second row.

For another, being a hybrid, it figured to provide excellent fuel economy, both while operating on four-cylinders at the I-10 legal 70 mph (in California) and 75 (in Arizona) speed limits, and on its electric motor should we get bogged down in bumper-to-bumper traffic as we approached LA.

As it turned out, only two of us made the trip, but since once of us was the freakishly tall Bob Golfen (he contends he is not, but that I am freakishly short), having all that room was nice as he slide the front passenger’s seat back far enough and reclined the seat back enough that he could be so comfortable as to doze off on the way.

Oh, that’s another thing about the Avalon: It is so so, so comfortable, such a smooth and quiet and isolated-from-the-world-around highway cruiser that at one point — just before Bob dozed off — I commented about how driving this car was a lot like sitting in a theater and watching a film of scenery passing by.

Driving enthusiasts don’t like such a feeling. We want to be involved with the car. We want feedback from the steering wheel. We even enjoy a little wind and road noise.

But switch on the cruise control on a long, flat and straight highway and all you do is provide an occasional steering input as you watch the scenery pass around you. Especially so in a car equipped with the premium audio system that provides theater-quality sound on the road; even audiophile Bob was impressed.

Oh, and speaking of cruise control, I thought something was wrong with the system when the car started to slow down on its own. But then I realized this Avalon Hybrid was equipped with an optional technology package that includes dynamic radar cruise control that automatically slows your car when it senses slower traffic ahead. The $1,950 option package also includes pre-collision warning technology, automatic high-beam headlamps and wireless smartphone charging.

Base price for the 2015 Toyota Avalon Hybrid Limited is $41,700. Our vehicle stickered out at $44,475 with delivery and that one option package.

We were right about the fuel economy, too. We averaged slightly better than 40 mpg on the round trip, which included a few brief encounters with LA’s notorious stop-and-go traffic “flow.”

Our car wore what Toyota calls Parisian Night Pearl paint (we’d call it dark metallic blue) and has an interior that appeared to us to be a mismatch of shades of brown and beige and black, and of woodgrain and leather and aluminum and graining.

The hybrid powertrain provides 200 horsepower so even a car this size is not at all sluggish. In fact, if you want to pass traffic it’s downright eager and responsive. Switchgear was easy to find and intuitive in operation.

And while the 2015 Toyota Avalon Hybrid is not a sports car, it was a great way to cruise across the desert and would provide a calm, perhaps even soothing way to deal with the daily commute to work in urban traffic, all the while offering the fuel economy of a subcompact and the luxury appointments of a much-more expensive sedan.