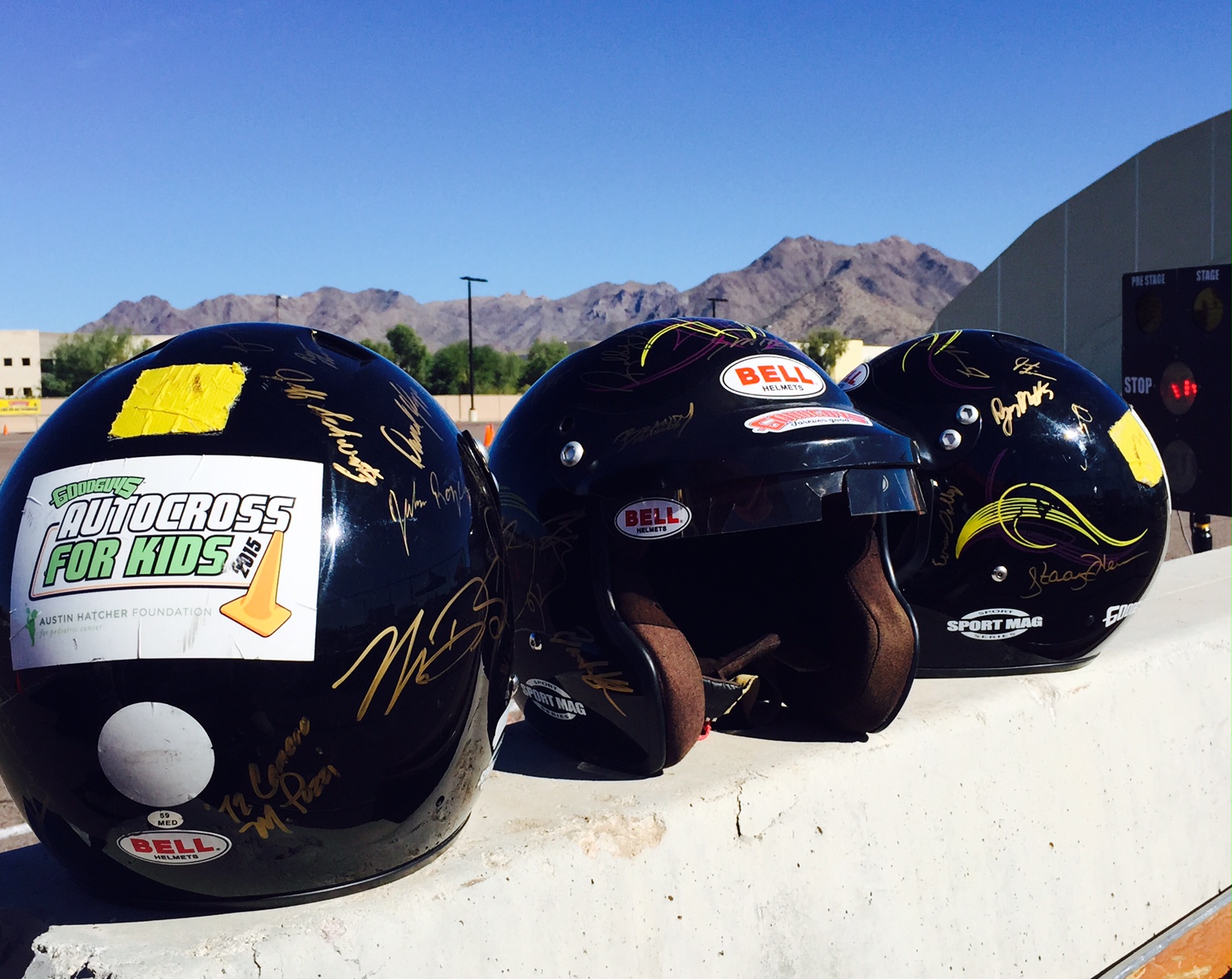 Earlier this year our, we  wrote about the Austin Hatcher Foundation for Pediatric Cancer, noting that the foundation has always had a relationship to cars and racing. Jim and Amy Jo Osborn met at a race, where she was a photographer working on an assignment to cover a spinal surgeon who was giving professional race car drivers a run for their money.

Later, the photographer and the doctor dated, were married and  had a son, Austin Hatcher Osborn, born August 15, 2006. Just 8 weeks old, “Hatch” was diagnosed with malignant tumors on his brain and down his spine; cancer had taken over the  baby’s central nervous system.

After their son’s death, the Osborns launched a foundation in his name to provide services for other families in similar situations. The cause got the attention of automakers, SEMA, Barrett-Jackson, and the Goodguys Rod & Custom Associaton.

Now,  with Goodguys, Speedway Motors has donated to the Austin Hatcher Foundation Autocross for Kids program. This month, three  autographed helmets from the Goodguys 18th Southwest Nationals in Arizona are being auctioned with 100 percent of the proceeds benefiting the foundation.