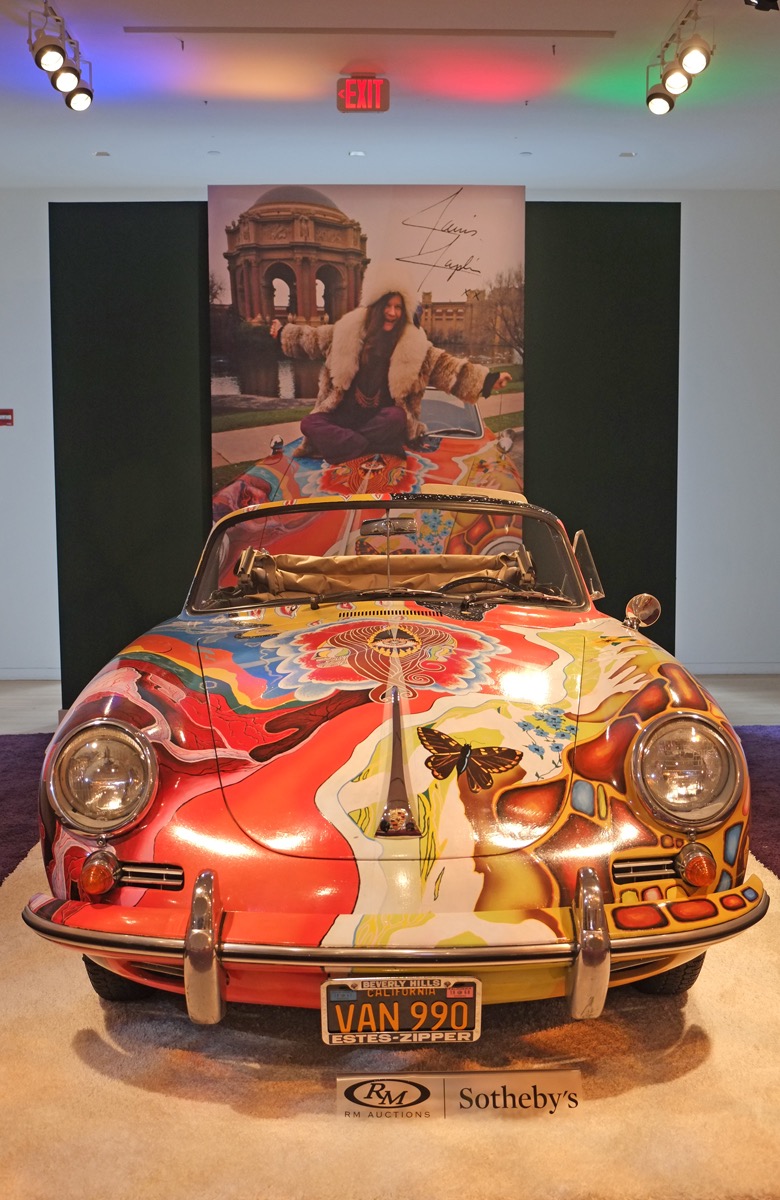 Thursday, RM Sotheby’s held its second New York City auction, this time entitled “Driven By Disruption,” and while the cars featured at the sale represented vehicles that changed the way we look at automobiles and that were disruptive forces during their time, the sale itself performed well but was not quite the disruption of the original sale two years ago.

In 2013, the sale of 31 vehicles and seven works of automotive art for nearly $63 million in just a two-hour span sent shockwaves throug the classic car auction industry. Much more was expected this week, especially now that RM and Sotheby’s are full business partners — in 2013, RM held its sale at Sotheby’s, again the site of the auction but now with Sotheby’s owning 25 percent equity in the classic car auction house. Based on RM-Sotheby’s own pre-auction estimates, there were expectations of a sale of perhaps $100 million or more

The sale did hit $72.534 million, and the figure is remarkable when you consider that only 21 of the 31 cars sold, a 67.7 sell-through rate. But more than a third of the total sales came from the sale of one vehicle and more than half of the total was produced by two cars — the 1956 Ferrari 290 MM that sold for $28.05 million — the most paid for any car at auction in 2015 — and the Zagato-bodied 1962 Aston Martin DB4GT that went for $14.3 million, a record for any British car sold at auction. (Prices include buyer’s premium.)

Automobilia also made a significant contribution to the sales total, bringing in $980,375 with 27 of 28 lots sold. Notable were the pair of Chevrolet visible V8 displays, a 250 Turbo Fire 350 and a Turbo Jet 427. These displays created for the 1964 Worlds Fair, were actual cutaway engines with many transparent parts and the engines themselves turned. In the case of the 427 display, the engine and gearbox separated from each other, splitting the block and showing the moving engine internals. These proved to be very popular, the 427 selling for an astounding $132,250 and the 350 for a strong $74,750.

The presentation of the cars at Sotheby’s NYC gallery was a museum-like setting with the cars in amazing supporting graphics and props.

This was best executed by the Janis Joplin Porsche, which was displayed in its own room, and on white 1970’s-style shag carpeting, with a picture of Janis and her car on the wall behind. If that was not enough, you got to the car by moving thru a hippie bead curtain.

This presentation obviously had great impact to bidders, as the car was hammered sold for an astounding $1.76 million dollars, more that four times the pre-auction estimate.

The other display that had tremendous impact was the one for Ferrari 290MM. Also in its own room, with dramatic lighting, the wall on the right side featured portraits of all the legendary drivers who had raced the car.

The top 5 selling cars of the sale were:

Fangio, among others, raced this Ferrari 290 MM

Much is likely to be said about many of these cars selling under their pre-auction estimates, but this raises a question: If a car fails to reach an overly aggressive pre-auction estimate and yet still sells for its current market value, how is this a bad thing?

My take away from this sale is that this market is not the hot bed of monthly rising prices; the idea that prices will continue to rise at a rapid rate is both silly and unrealistic. The whole point in this hobby is to buy cars because you love them and want to enjoy them, not to reap rapid and instantaneous returns.

There seems no doubt that the cars offered and bought at the Driven by Disruption sale will increase in value over the next decade. The original point of the hobby was to drive, show and enjoy classic cars. The person who bought a car at this sale and who does those things is bound to disrupt their life in a very fun and positive way.