Ray Evernham picked as grand marshal for Elegance at Hershey 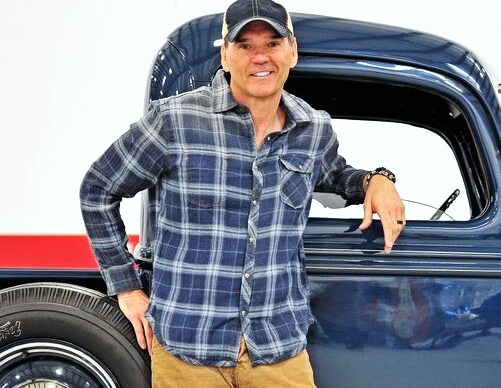 There are many impressive things you could say about motorsports great Ray Evernham: A successful competition driver who then worked with other notable drivers in IROC, served as NASCAR crew chief for Jeff Gordon’s team in winning three championships, built his own successful racing-management business, collected and modified a number of significant performance cars, leads philanthropy efforts and became famous as a broadcast personality.

But it would be something of a stretch to use the word “elegant” to describe Ray Evernham, he of the plaid flannel shirt, pickup trucks and engaging grin.

Yet the 2016 edition of The Elegance at Hershey in June has chosen Evernham to serve as grand marshal of the prestigious concours d’elegance in Pennsylvania. Evernham will preside over what the event website calls “a genteel garden party featuring the world’s finest collector cars, arrayed around the classically manicured gardens of The Hotel Hershey.”

That’s a far cry from the thunderous competition of a NASCAR race.

Although, The Elegance does feature the motorsports spectacle of the Grand Ascent, in which historic race cars run up the back road of Hotel Hershey on Saturday, June 11, the day before the concours d’elegance on Sunday.

“I am honored to be the Grand Marshal at The Elegance at Hershey,” Evernham said in a news release. “In just a few short years, The Elegance has become well-known in automotive circles. I’m excited to see the race cars on the hill and view the spectacular automotive works of art on the lawn of the prestigious Hotel Hershey.”

Evernham was praised for his 40-year career in motorsports by Steve Moskowitz of The Elegance board.

“We chose Ray not only for his great appreciation of fine automobiles and all forms of automobile racing, but because he is a ‘car guy’ in every sense of the word,” Moskowitz said. “Ray is one of those people you instantly like and is the type of person we want to honor. We are most appreciative that he has taken time out of his busy schedule to join us for the weekend.”

For more information about The Elegance at Hershey, see the event website.