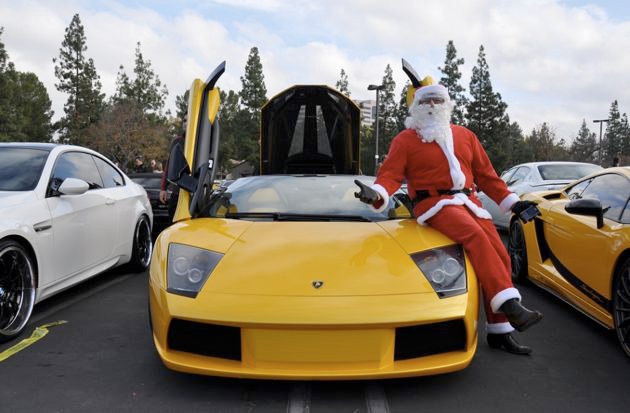 With the belief that every child deserves a toy during the holiday season, Dustin Troyan began Motor4Toys, a charitable foundation dedicated to helping as many children as possible.

Last summer, Troyan was selected as a Classic Car Community Hero honored by Classic Car News on Collector Car Appreciation Day. He was honored for creating Super Car Sunday, which has become a huge weekly gathering in Warner Center Park  in Woodland Hills, California, each week with contributions going towards Motor4Toys.

Sunday, December 6, Motor4Toys hosts its 12th annual Charitable Exotic Car Show in the Anthem Building in the Warner Center from 6:30 a.m. until noon.

Motor4Toys’ goal is to raise 60,000 toys this year, with 100 percent of  toys and funds collected to be donated.

Entrance to the show is free, but everyone is asked to bring at least one new and of $10 value or more. Troyan anticipates more than 5,000 cars to be in attendance.