Coys’ auction combines cars and Star Wars (and some 007, too) 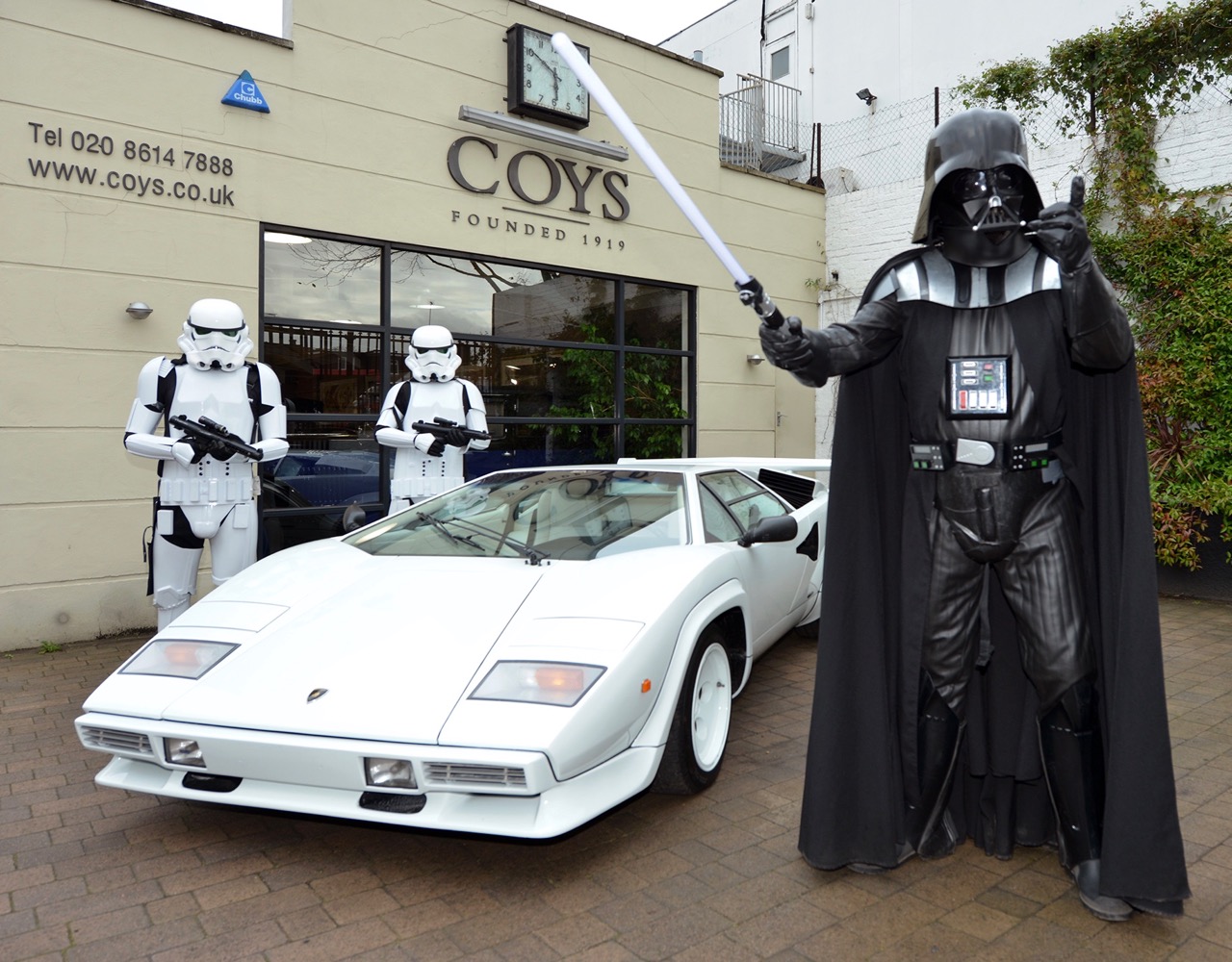 We feel “forced” into sharing the news that a couple of Star Wars Storm Troopers and a 1984 Lamborghini Countach 5000 S that looks like it should be their ride showed up at the headquarters of British auction house Coys to promote the upcoming “True Greats” sale.

The auction on December 1 at the Royal Horticultural Society in London includes more than classic and collectible cars, such as the Countach and an ex-Paddy Hopkirk and Timo Makinen Mini Cooper S. Also being offered up for bids is “rare film memorabilia” including vintage Star Wars posters, among them one of only 28 bus-stop posters produced in Mylar and featuring Yoda in Episode II, Attack of the Clones.

The Storm Troopers and their boss, Darth Vader, also were at Coys to promote the new Star Wars movie, The Force Awakens, which premiers in the UK on December 17.

And don’t worry, Bond, James Bond fans; there’s stuff for you as well.

But, hey, this is a classic car website so our focus is on the earthbound vehicles, such as the Countach, which Coys said is only the second one off the assembly line, and not only is white with white wheels but has a white leather interior. Pre-auction estimated value is £270,000 to £320,000 ($405,000 to $485,000 at the current exchange rate).

“This car is arguably the best model to own out of all Lamborghini Countachs and would make even the most loyal Jedi consider joining the Dark Side,” Chris Routledge, Coys managing editor, said in a news release.  “It embraces all that is Star Wars, making it the ultimate gift for the ultimate enthusiast, ready to be used and enjoyed.”

Also on the docket are a 1964 Alfa Romeo Giulia Sprint Speciale that was built to Ruddspeed specifications and was on the stand at the Earl’s Court Motor Show, and a 1925 Bugatti T 30 Tourer that still carries all its original powertrain and bodywork.

And for 007 enthusiasts, the auction includes posters and other items from the full series of Bond movies