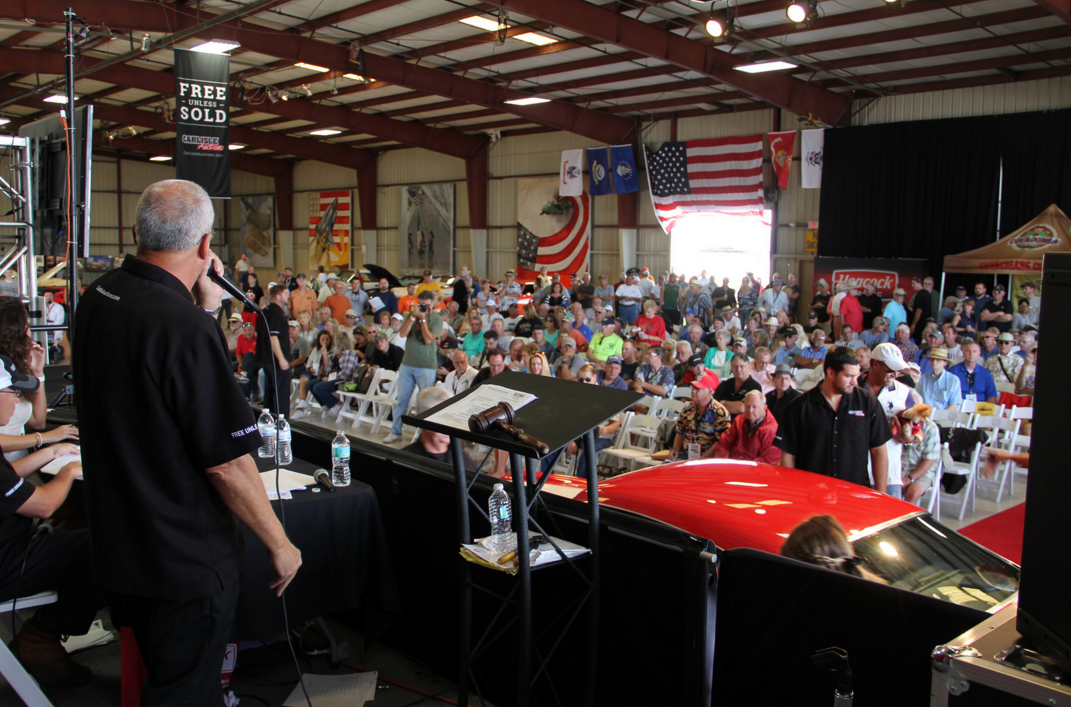 Carlisle Auctions has reported $3 million in sales at its recent two-day auction at the Sun n Fun complex in Lakeland, Florida.

The auction featured over 400 consignments.

On Saturday, Burt Reynolds was on stage as a 1980 Pontiac Trans Am was being auctioned off. Carlisle Auctions reports that the car sold for just under $50,000 and was signed after it crossed the block by Reynolds. A portion of the cars sale was donated to the Burt Reynolds Institute for Film and Theater.

The top five selling cars include:

The next Carlisle Auction also will be at the Sun n Fun complex, February 25-28. Dukes of Hazzard star Tom Wopat is scheduled to be at the event.