With Chevrolet and Pontiac dominating the stock car racing tracks and with Chrysler about to equip a youngster named Richard Petty with a Hemi-powered Plymouth, Ford and Mercury needed a way to become more competitive in the “win on Sunday, sell on Monday” circuit.

During the 1963 model year, Ford stretched a fastback roofline over its full-size Galaxie and Mercury’s Monterey coupes. The Ford was sold as the Galaxie 500 Sports Hardtop and the Mercury as the Marauder. 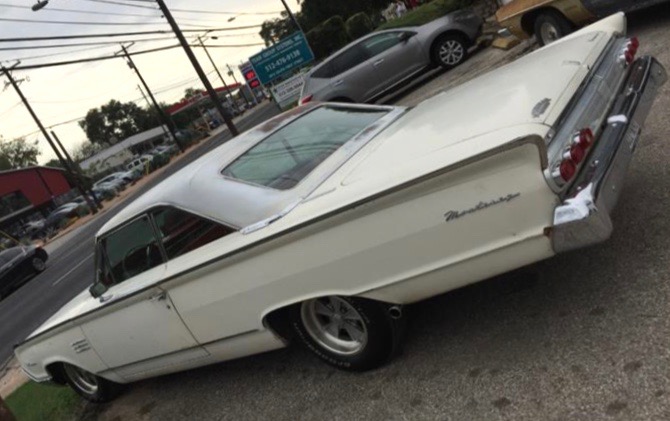 Our Pick of the Day is a 1964 Marauder Marauder coupe (four-door versions were added to the lineup for ’64). The car is located in Austin, Texas, and the private owner is asking $15,000, well less than the car figures to be worth after restoration.

The owner calls the exterior “patina white.” The photos in the advertisement on ClassicCars.com show a slightly more bluish shade on the right-rear quarter panel, and there’s some rust to be repaired, but the owner promises the “chrome is in a very good condition considering its age” and the photos seem to verify that statement.

The ad also notes that the 390-cid V8 engine was overhauled about five year ago by the previous owner, “just before I bought it,” the seller says, and that the factory AC “blows nice and cold.”

The car also has an automatic transmission with column-mounted shifter, factory power steering and rides on Crager wheels that are “in good condition,” according to the ad.

While the exterior appears to need some work, photos show a red interior that truly does look to be in good condition. The seller notes there are “no scratches or tears in the seating,” which has vinyl-covered bench seats front and rear, and that the car has a “new carpet and headliner.”

While the “engine starts and runs strong,” the seller says the “starter motor is not turning as fast as previously” and while the brakes work, they “could do with new shoes.” 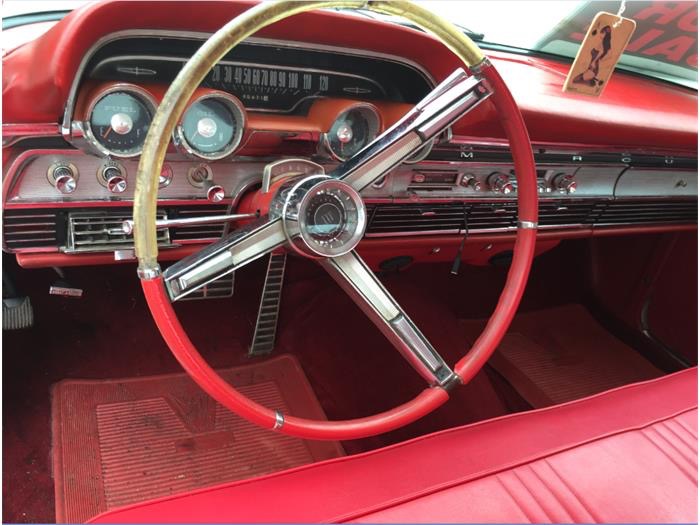 With the interior already “partially restored,” it appears that with some mechanical under the hood and wheel wells and some cosmetic work on the interior, this Marauder could be a nifty and show-worthy cruiser. 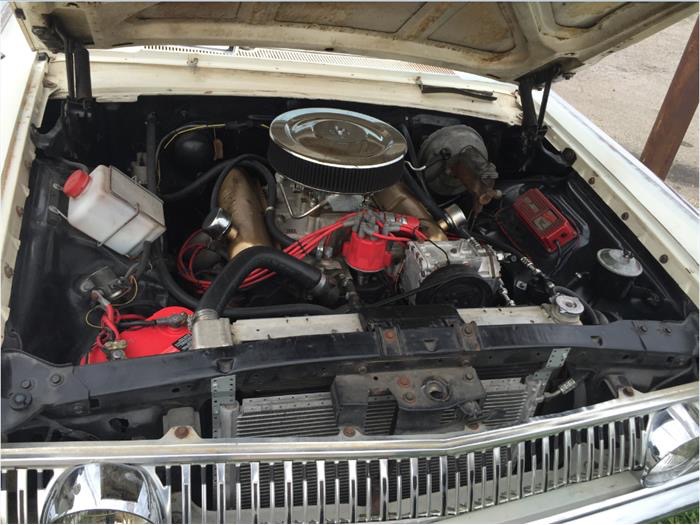