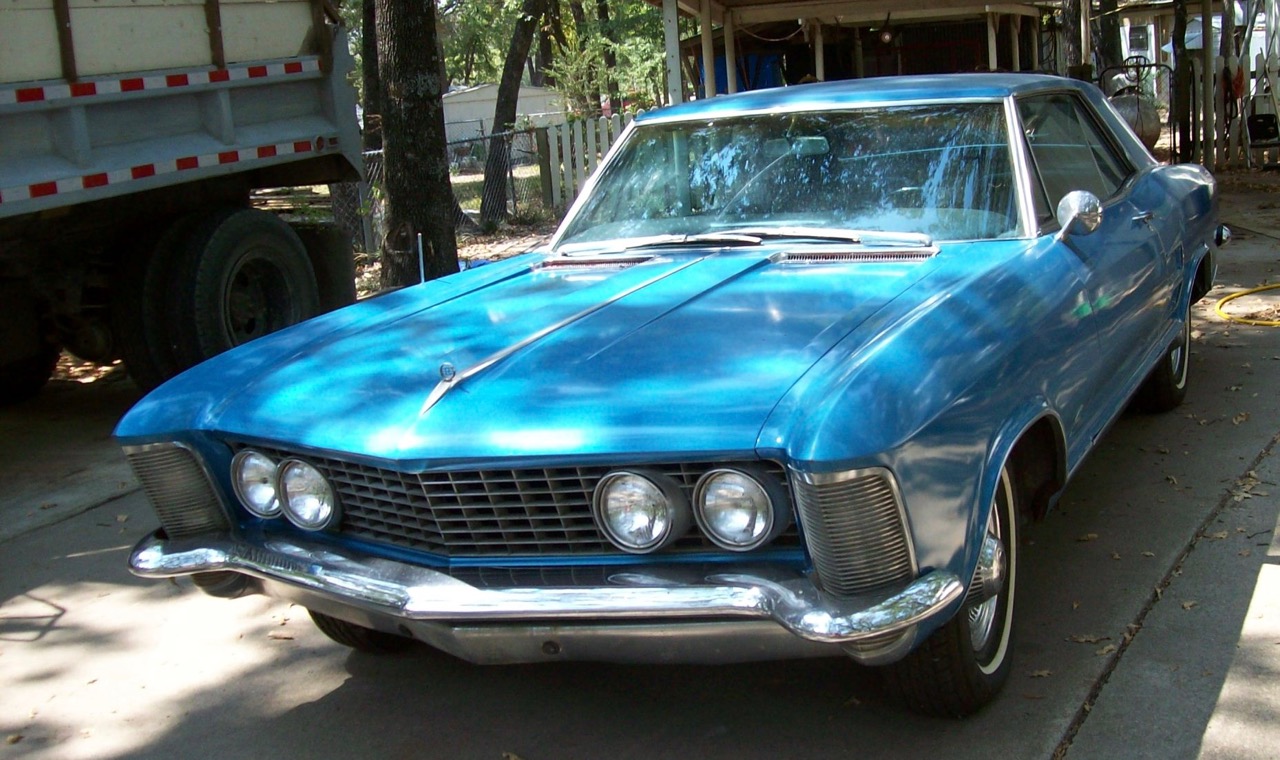 I bought my 1964 Buick Riviera in 2012. The owner told me the car was purchased new by his aunt and uncle in Glendale, California. He told me his uncle died one year later and that his aunt parked the car in her garage where it remained until 1995. He went to California and brought the car to Texas, where he began restoring it.

The odometer showed 27,000 miles at the time. The engine would not turn over, the tires were rotten, and the headliner was sagging.

He said he had the engine rebuilt and replaced the exhaust system with a custom system. He also replaced the headliner and carpeting, and replaced the original radio with a tape-player radio. He also (much to my dislike) had the car repainted blue, the paint code is nn which is coral mist.

I bought the car after seeing it listed on Craig’s list for $7,500. Since then I have replaced all the tires and brakes, replaced the Edelbrock carburetor the former owner had put on during his rebuild with a original rebuilt Rochester and a new air cleaner canister. The a/c doesn’t work. I have replaced the condenser and drier. It has a leak in the system so I removed the evaporator and had it pressure tested, but it showed no leaks.

I also removed the dash top and had it recovered. I removed the instrument cluster to repair the clock and replace a rotten a/c hose under dash.
At that time I realized the speedometer cable had been disconnected, but the previous owner says he did disconnect it and probably didn’t put more than 5,000 miles on the car.

I’m still in the process of putting the dash back together, then I want to repaint the car to its original color.

I will continue to upgrade the car to its original condition as time goes by, and money allows. When my 3 1/2-year-old grandson graduates from high school I plan to give him the car.