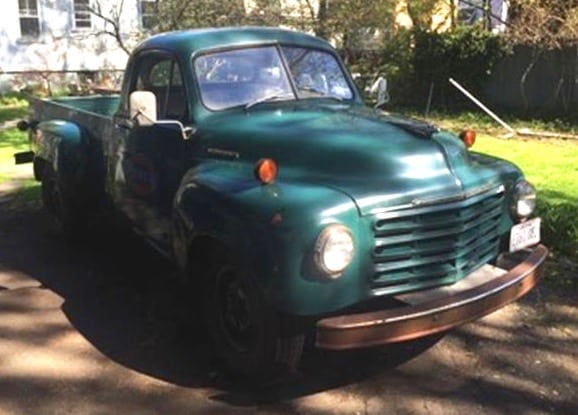 What do Johnny Depp, Ray Liotta and a 1952 Studebaker S2 pickup truck have in common? According to the person selling this particular ’52 Studie, it was driven by Liotta when he played Depp’s father in the 2001 movie, Blow.

“Original 1952 Studebaker truck featured in the movie Blow, making this a collector’s item,” the seller notes in the classified advertisement in ClassicCars.com. “The truck was owned by Ray Liotta’s character, Fred Yung, the father of George Yung, who was the person who founded the cocaine market in the U.S. in the 1970s and who was played in the movie by Johnny Depp. The father’s company logo ‘Jung Plumbing and Heating’ is emblazoned on both cab doors.” 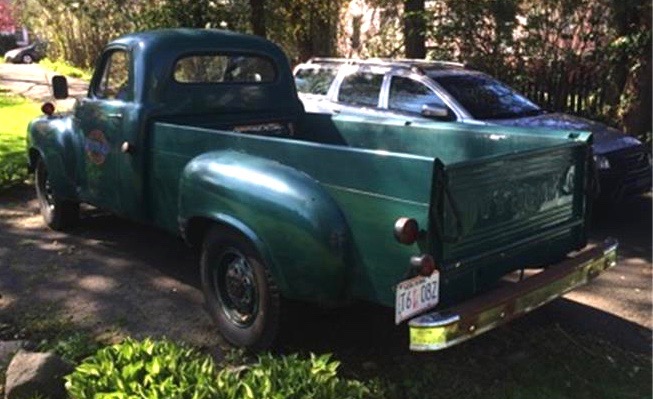 The film-fan website imdb.com notes that Penelope Cruz also was in the movie, but since I didn’t see the movie, I have no idea if she ever sat in the truck.

According to the brief description in the advertisement, the truck was flat-bedded from the movie shoot in California, apparently to its current location in Nyack, New York.

“This is a great truck,” the ad promises, noting however that there is “some rust” on the body and chrome,” it “could use a tune up,” and there are “slight cracks” on both the driver and passenger-side windows.

However, the truck does run, the ad adds. It has its original interior and steering wheel, 4-speed manual, and the bushings, tires, ignition system and brakes have been updated, although the original 6-volt electrical system has been retained. 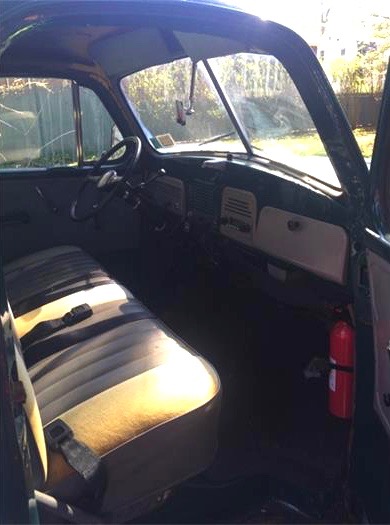 The truck comes with “all original parts,” the seller says, and the owner’s manual. It also comes with 81,650 miles showing on the odometer, is “partially restored” inside and out, and has leather seats.

The asking price is $9,500, for which you not only get a cool old truck but a piece of Hollywood history.