SEMA ride along in a Superformance Cobra 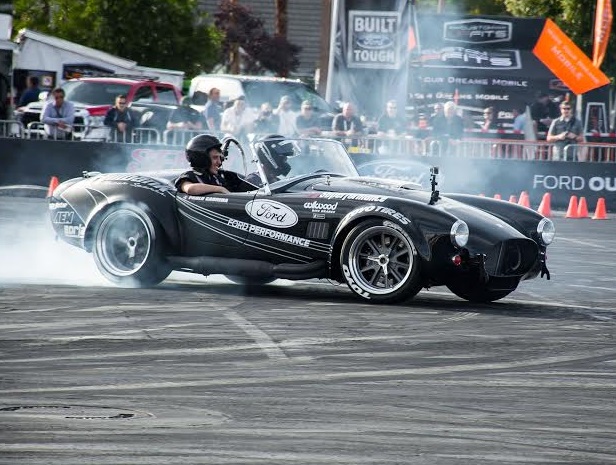 The SEMA show in Las Vegas, Nevada is exhausting and can put even the most experienced show goers in a zombie like trance. However, there is a cure:  a ride along in one of the insanely powerful Superformance Cobras.

Superformance is  one of the leading manufacturers of Shelby-style Cobras. Superformance produces three Cobras — the MKII, MKII FIA, and the MKII Slab Side. In addition to the Cobras, Superformance also produces GT40 and Corvette-style vehicles

When it was time for my ride in the car, I was directed not to touch the side exhaust or windshield, but to stand with both feet on the seat and slide down. After a brief introduction with my driver, I asked him to go fast and not to hold back.

We took off from the grid and began sliding around the track. The car handled well as the driver expertly whipped the car around. I felt myself go deeper into the seat as the car accelerated and my heart raced to match.

Halfway through the drive the driver asked me if I wanted to go faster, my response was that of course I did. Instantaneously he stepped on the gas and the car skyrocketed across the pavement. When the drive was over I had the biggest smile plastered on my face.