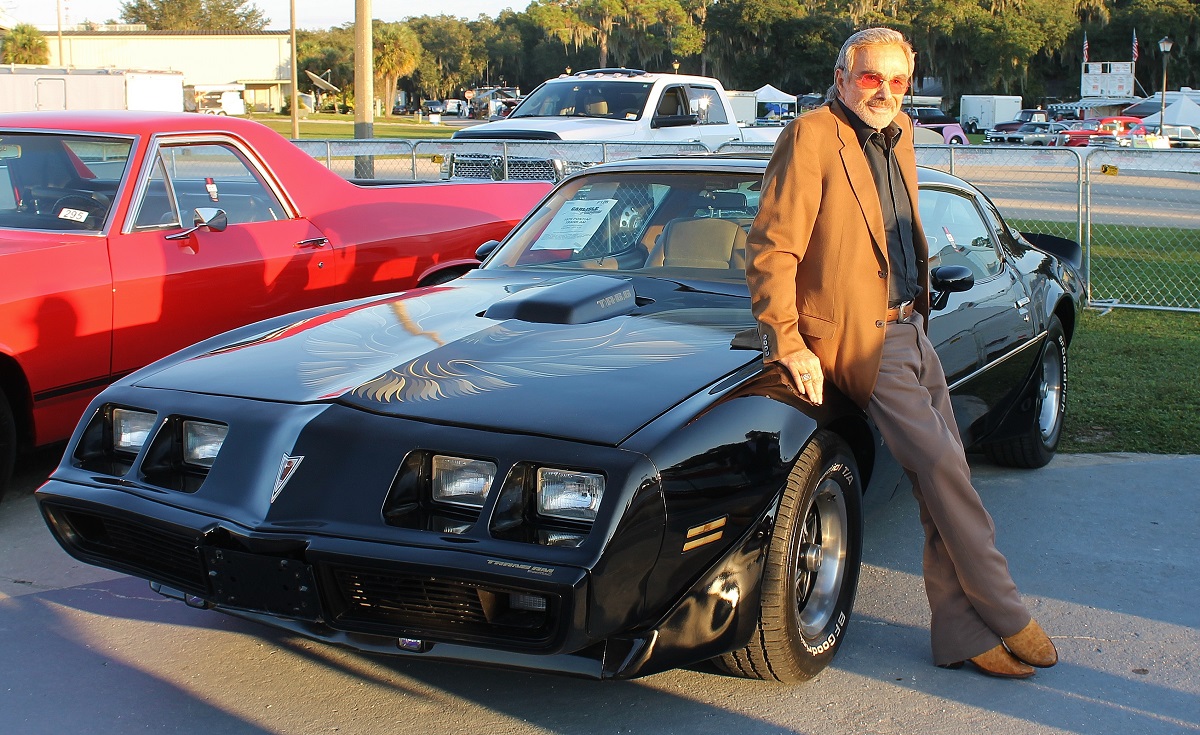 “Mr. Reynolds will see you now,” said a public relations guy as three  journalists followed him down a hallway to the room where Burt Reynolds, best known for his role as Bo “Bandit” Darville in the 1977 pop culture hit Smokey and the Bandit, sat awaiting our questions. We were greeted by an instantly recognizable but older actor, sitting at the far head of a table and wearing rose colored glasses, elephant leather boots and two gold Florida State University football championship rings.

He greeted us with a warm smile, a handshake, and had a youthful glow in his eyes.

At 79 years old, Reynolds leads an active lifestyle as a working actor, teacher at his namesake Institute for film and theater, and as a writer with a book coming out on the 17th of this month. According to Reynolds, you will probably learn something new from reading it, and he gets very emotional in the audio book version, “some parts make me cry and I told them [the producers] that it might take me a few tries to get through it, but they wanted that emotion to come through.”

Reynolds is also involved with charitable endeavors including a partnership with the Dream Giveaway Sweepstakes, which is one of the reasons he is in attendance at the Fall Florida Autofest presented by Carlisle Events in Lakeland, Florida. Reynolds hopes to see one of his fans win a restored and autographed 1979 Trans Am offered as the “Bandit Dream Giveaway Sweepstakes” with proceeds benefiting charity’s as well as the Burt Reynolds Institute.

Reynolds told Classic Car News that his passion for cars came at a young age, however, as an adolescent he had to be careful because his father was the chief of police in his hometown.

“He arrested me once, threw me in jail and I thought, ‘he won’t keep me here,’ and he kept me there for two days. Every big guy he arrested he would throw on top of me.” Reynolds said, adding that he  had been arrested for fighting.

Reynolds said he has always loved fast cars, and “always thought the Trans Am was a beautiful animal, the body style, the paint job, it looks like it’s going when it’s just sitting. You could get a ticket while it’s sitting.”

Over the years Reynolds reports he has been fortunate to have a lot of cars but tells us, the Trans Am has always been his favorite.

When asked what was the fastest he had ever driven, Reynolds smiled and responded with “as fast as it would go,” adding “Far over 100 miles per hour in a Trans Am” which he did on the I-95 prior to its opening. “Both ends were blocked and because my dad was the police chief, I was able to drive on it, though he didn’t know how fast I was going, I flew.”

Reynolds says he still loves to drive and currently drives a Cadillac.

Reynolds shared a memory of when he took Farrah Faucet on a date in his roommate’s Ferrari: “I pulled up to her house and she was outside working on the flowers and I didn’t know how to get out of the car. I couldn’t find the door handle so I climbed out and across the thing thinking I was looking real slick. When she came out and I had to get her in the car, I didn’t know what I was going to do. When we got to where we were going, I saw my friend and I said,  ‘Hal, you got to do something about that car, give me some instructions because I look like an idiot because I can’t open it. I got the girl in the car which is great, but..’ and Hal wrote down some instructions so I could get in and out of the car.”

This roommate was none other than Hal Needham, stuntman and movie director, “Once I saw him jump a river in one of the Smokey’s. People to this day still don’t think anyone was in the car, but he was.”

Reynolds told Classic Car News that “it was fun making Smoky and Bandit.”

According to Reynolds, “Smokey caught the imagination of the country. It was opposite Star Wars and not far from it in the box office. Everyone was surprised. It [Smokey and the Bandit] wasn’t difficult to film. It was Americana and I guess it just had the right ingredients.”

“Hal wrote it and handed it to me, I told him it’s the worst script I have ever read, and he asked ‘does that mean u won’t do it?’ And I said of course I would, I think I will have a lot of fun with it.”

Reynolds remembers telling Hal to “get Jacky Gleason, get Jerry Read, and get Sally Field. And he said ‘why Sally Fields, she’s not sexy, she’s the Flying Nun. I said she’s talented and talent is sexy.”

At the conclusion of the interview, Reynolds told Classic Car News he “hopes to be remembered for touching some people with certain films and getting people a lot of laughs.”

Reynolds will be onsite today and Saturday, and also Saturday evening  to introduce a drive-in movie screening of Smokey and the Bandit.