Steve McQueen pickup camper to be auctioned by Mecum 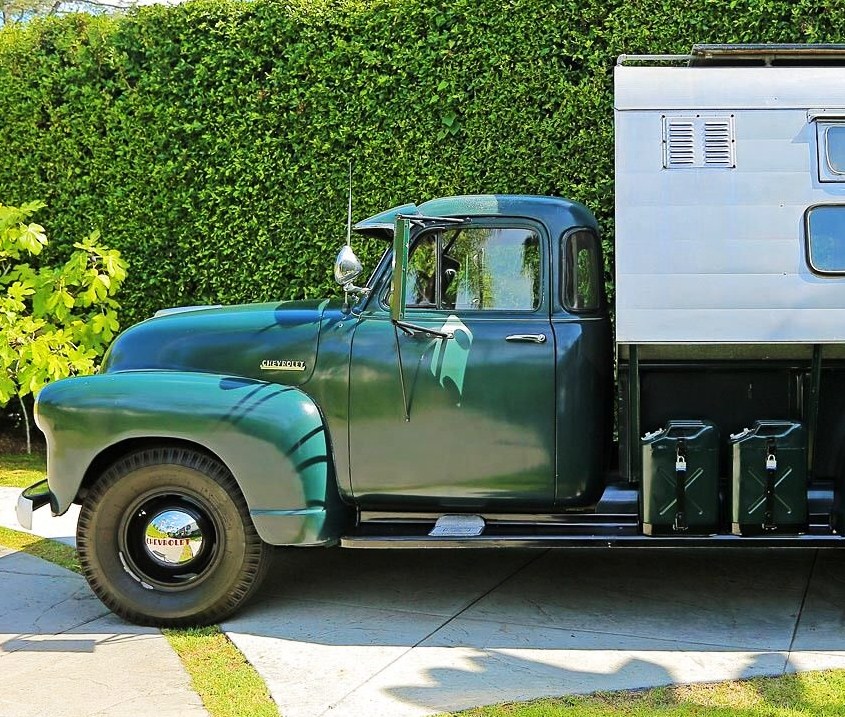 Another automotive artifact once owned by the late Steve McQueen comes to auction this weekend during Mecum’s sale in Anaheim, although this one has nothing to do with Porsches, Ferraris or motorcycles.

A 1952 Chevrolet 3800 one-ton custom pickup truck with a hand-built camper shell that McQueen owned toward the end of his life will cross the block during the November 12-14 auction at the Anaheim Convention Center.

The truck reputedly was driven by McQueen in November 1980 with evangelist Rev. Billy Graham to Ventura Airport, from where the actor flew to El Paso, Texas, on his way to Juarez, Mexico, for the final cancer surgery before he died.

The California registration signed by Steve McQueen comes with the truck

The famous Steve McQueen magic, which lifts vehicles once owned by him to incredible values, could be in full force when the Chevy pickup comes up for sale. Mecum achieved an incredible result at its Monterey auction in August for a 1976 Porsche 930 Turbo Carrera that was special ordered and driven by the film icon, and which sold for an over-the-top $1.95 million.

The McQueen camper, which he is said to have used regularly, was sold on eBay in August for $98,000, as much as four times its normal, non-celebrity value. But who know what it might achieve at Mecum?

The long-bed pickup is described as being in excellent original condition with about 39,000 miles on the odometer. The truck is powered by a six-cylinder engine, which reportedly is of 1954 vintage, and a three-speed manual shifter on the column.

After McQueen died, his estate sold the truck in 1984 through an Imperial Palace auction in Las Vegas. The auction house sold it with a Certificate of Authenticity signed by McQueen family members, which comes with the Mecum sale as well as the California vehicle registration with McQueen’s signature.

A portion of the proceeds from the auction will be donated to the Boys Republic in Chino Hills, California, a school that McQueen attended and supported throughout his life.

Question of the Day: What is your favorite Plymouth?