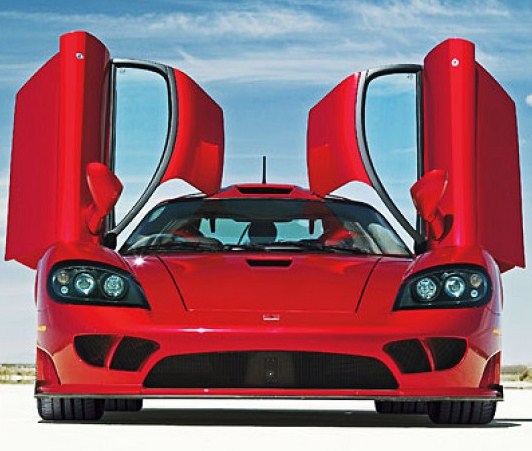 (An earlier version of this story mischaracterized the sale as being that of a collection of items being sold directly by Saleen Automotive.  According to a Saleen spokesman, the sale items are owned by an outside party with no connection with the automaker.)

The financial turmoil at supercar tuner and builder Saleen Automotive has gone through a number of intriguing scenarios during the past few years, including the departure and return of its founder, Steve Saleen, and the cancellation of the car designed to save the company, the S5S Raptor.

Now comes the unusual sale of Saleen assets by GA Global Partners, which will conduct the online auction November 18 starting at 10 a.m. (PDT) of what it calls “all remaining inventory, parts, memorabilia, molds, designs and intellectual property related to the Saleen S7, S7R and the Saleen S5S Raptor,” the auction company said in a news release.

Inspection of the more than 700 Saleen items takes place on November 16 and 17 in Sun Valley, California, with the exact location provided with registration for the auction on the GA Global website.

The Saleen S5S Raptor never got beyond the concept stage

Items included in the sale are six remaining chassis and frames for uncompleted Saleen S7 supercars and S7R race cars, as well as the concept version of the never-produced S5S Raptor. Parts and inventory, body panels, molds and collector’s items said to be worth more than $1 million also are on the docket.

Among the items is what GA Global calls the Saleen cars’ “intellectual property,” although a Saleen spokesman said the automaker is unsure what that refers to.

“These prized assets have been kept in safe storage for the past five years which makes this a truly rare and historic opportunity to own all assets and rights to the first ‘Great American Supercar,’ and allow a new owner to continue the legacy with the S5S Raptor,” Adam Alexander, chief executive of GA Global Partners, said in the news release.

Saleen Automotive was founded in the 1980s by race driver Steve Saleen, initially to produce performance-tuned Ford Mustangs for the street and track. The company branched out to tuning other models and in 2000 presented its own mid-engine supercar, the S7, designed as an American competitor against the top European brands. The track version S7R was introduced shortly thereafter and recorded some notable successes in competition.

The more “affordable” S5R Raptor was rolled out for the 2008 New York Auto Show, but Saleen’s finances were tanking and the sports car was never produced. Steve Saleen left the company and attempted to found a new firm, SMS Supercars, only to return to Saleen in April 2012.

Saleen Automotive went public in 2013 in an attempt to regain its footing, but a filing earlier this year with the U.S. Security and Exchange Commission showed that the company had lost $5.3 million during 2014 and was arrears in rent, payroll and debt payments.