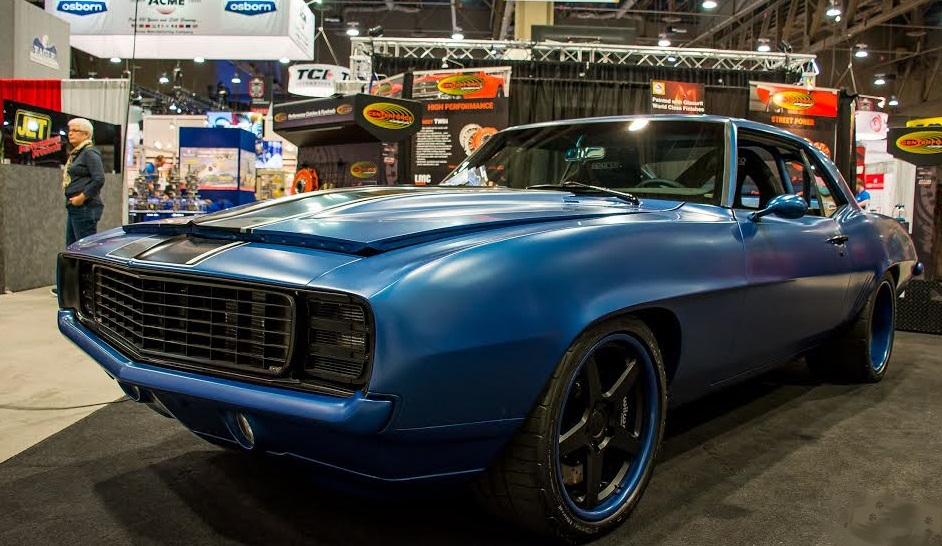 Classic Recreations, a family-owned business that has specialized in  modifying Ford Mustangs for 15 years, celebrated eight years of showing vehicles  at SEMA by presenting something new: a 1969 Chevrolet Camaro known as the CR1.

“This year is exciting for us because it’s the first unveling of a pro-edition Camaro for us. We want to branch out and appeal to all sorts of different markets,” said Jason Engel, owner of Classic Recreations.

“I have found that everyone appreciates a Shelby, but I wanted to develop something the die-hard Chevy guys could get into and love.”

Engel told Classic Car News that the Camaro was challenging to customize because new parts were not as readily available as is the case for the Mustang. “The Mustang is known for body kits,” he said. “We hunted salvages everywhere,” he said of the C1 project.

According to Engel,  the car was completed  Friday night before the show opened, was loaded into a trailer and driven 17 hours to reach Las Vegas in time for SEMA.. “It’s not the hardest car I have ever built, but it’s in the top ten,” he added.

“Our builds are typically more conservative but we went all out with this one. Its still a production style pro-touring car and its something we will sell multiples of and produce over and over with a variety of colors and options.”