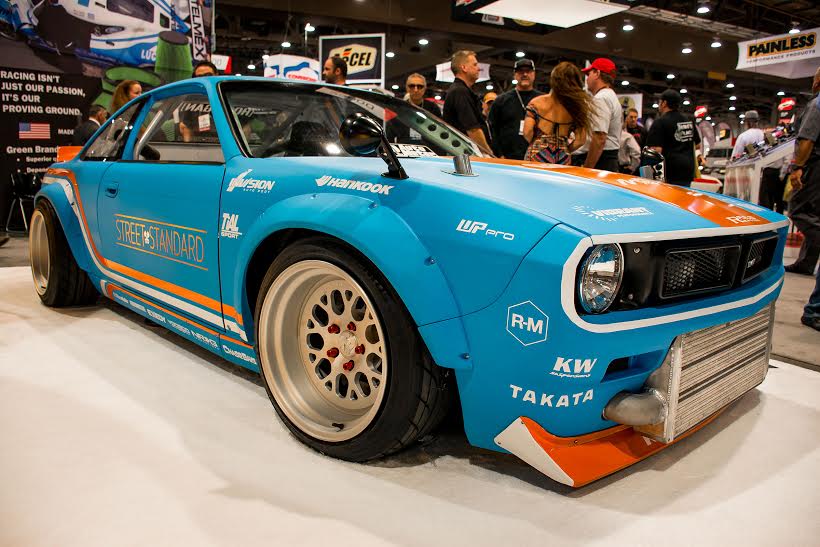 Catching the eyes of hot rodders, import fans, and domestic lovers at SEMA 2015 was Corey Hosford’s Nissan S14, known as the “Boss 14” making its debut at SEMA 2015.

Hosford is a professional Formula Drift driver and self-proclaimed professional fun-haver. He started with a second-generation Nissan 240SX and fitted with a Rocket Bunny Widebody Kit, known as “the Boss,” which looks very similar to a 1970  ‘Cuda, but at a fraction of the size, and sports some fender flairs.

Over the SEMA week, we have seen some mixed emotions on the build, but generally all are  receptive and enjoy the build.

The Boss 14 features a 402cid LSX V8 built by Texas Tuners Mast Motorsports. The engine  is estimated to produce over 1000 horsepower.

Where will we see this car next? Rumor has it Hosford plans to compete in Formula Drift 2016 with the car.