The first time I attended an Auctions America sale it reminded me quite a bit of those big sales with lots of noise, fast-talking auctioneers, and bids from everywhere. To say that it was a bit confusing, especially for a first-time bidder, would be an understatement. As a result, I was a bit apprehensive about attending the Auctions America sale at Hilton Head Island.

To say that I was surprised at what I found is a serious understatement. I found a great many wonderful cars, well presented, and plenty of specialists on hand to answer questions during the preview.

In addition to the cars on offer, Auctions America had some great automobilia items. The automobilia category at collector car auctions is something we really enjoy as it offers people a less expensive alternative to the more expensive cars and allows the opportunity to buy what are truly historic automotive artwork and memorabilia.

During the auction itself, I found that the room was very nicely laid out in the ballroom at the Westin resort with ample seating, great lighting and even a nice VIP area which offered a great view of the sale stage and auctioneers. During the sale, the auctioneers worked at a nice pace with nice color commentary from Bill Rothermel. You always could see whom you were bidding against, whether it was in the room or on the phone and the sale had a feel much more like RM Sotheby’s than one of the higher-volume auctions.

The approximately 100 cars at this inaugural sale ran the gamut with literally something for everyone no matter what their interest or budget. You could have found a car for barely five figures or for more than $600,000, and buy anything from a great 1989 Bentley Turbo R for $12,100 to the top sale of the day, a very clean 1967 Ferrari 330 GTC which sold for a strong $638,000.

Another standout was the 1958 Cadillac Eldorado Brougham, one of 304 total built,  which sold for what I thought was a deal at only $121,000. To put this car into perspective the Eldorado Brougham is a car that new cost $14,000 when a Rolls-Royce of the same year only cost around $9,000. While not perfect, it was a very clean example and very well bought.

The best deal of the sale was without a doubt the completely original and exceptionally well-preserved 1964 Mercedes-Benz 230 SL that was stolen for the bargain price of $55,000. This 230 SL, white with red leather and a 4-speed manual gearbox, was correct in every way and made someone a nice vintage tour car for a steal of a deal.

The weakest buy of the sale had to be the 1982 DeLorean that had so many needs yet that someone for some reason bought for $20,900. The car had many strange mods. I just scratched my head at the price paid when a search on the internet could have found a nicer car for about the same money. 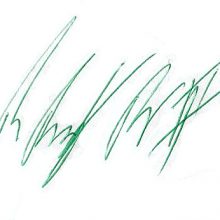 By sale’s end, Auctions America sold a total of $5.4 million in vehicle and automobilia action, making for what we call a successful first year sale at a new venue.