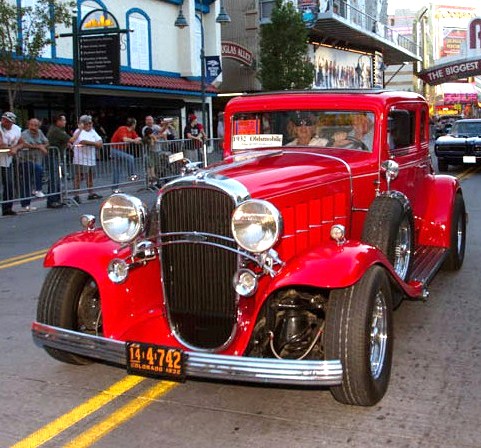 A new collector car auction company has been organized in Reno, Nevada, with the goal of conducting a sale in 2016 at the Reno-Sparks Convention Center during the popular Hot August Nights gathering of custom and classic cars.

The newly formed company, Motorsport Auction Group, plans to take the place of Barrett-Jackson, which announced after its third annual auction in August that it would not return to the venue in 2016. Barrett-Jackson will instead hold a new auction in Connecticut in June, the Arizona company revealed a month later.

Motorsport Auction Group is made up of four partners with experience in the collector car industry, according to a Hot August Nights news release: Mike and Sandy Oberle, who own GT Motorsports, LLC., in Gold Hill, Oregon; Larry Gayhart, owner of A & E Classic Cars near San Antonio, Texas; and Frank Yaksitch, owner of Frank’s Classic Cars in Mansfield, Texas.

“I’ve been attending Hot August Nights and its past auctions as a spectator and consigner for over 25 years,” Oberle said in the news release, “and am looking forward to bringing the positive relationships we’ve built personally and professionally across the country to northern Nevada.”

The Hot August Nights auction will be the new auction company’s only event and will launch as a three-day auction planned in August 2016 at the convention center.

“We’re looking forward to working with MAG to build an even bigger and better auction for our participants, and one that’s locally based so our economy is directly impacted,” Mike Whan, executive director of Hot August Nights, said in the news release.

Hot August Nights, a sweeping old-car festival of shows, parties, music and cruising, celebrates its 30th anniversary event from August 2-7, 2016. Started off as a way to bring more tourist business to “The Biggest Little City in the World” during the summer off season, Hot August Nights has grown into one of the main events on the calendar for custom-car, hot-rod and vintage-car enthusiasts.