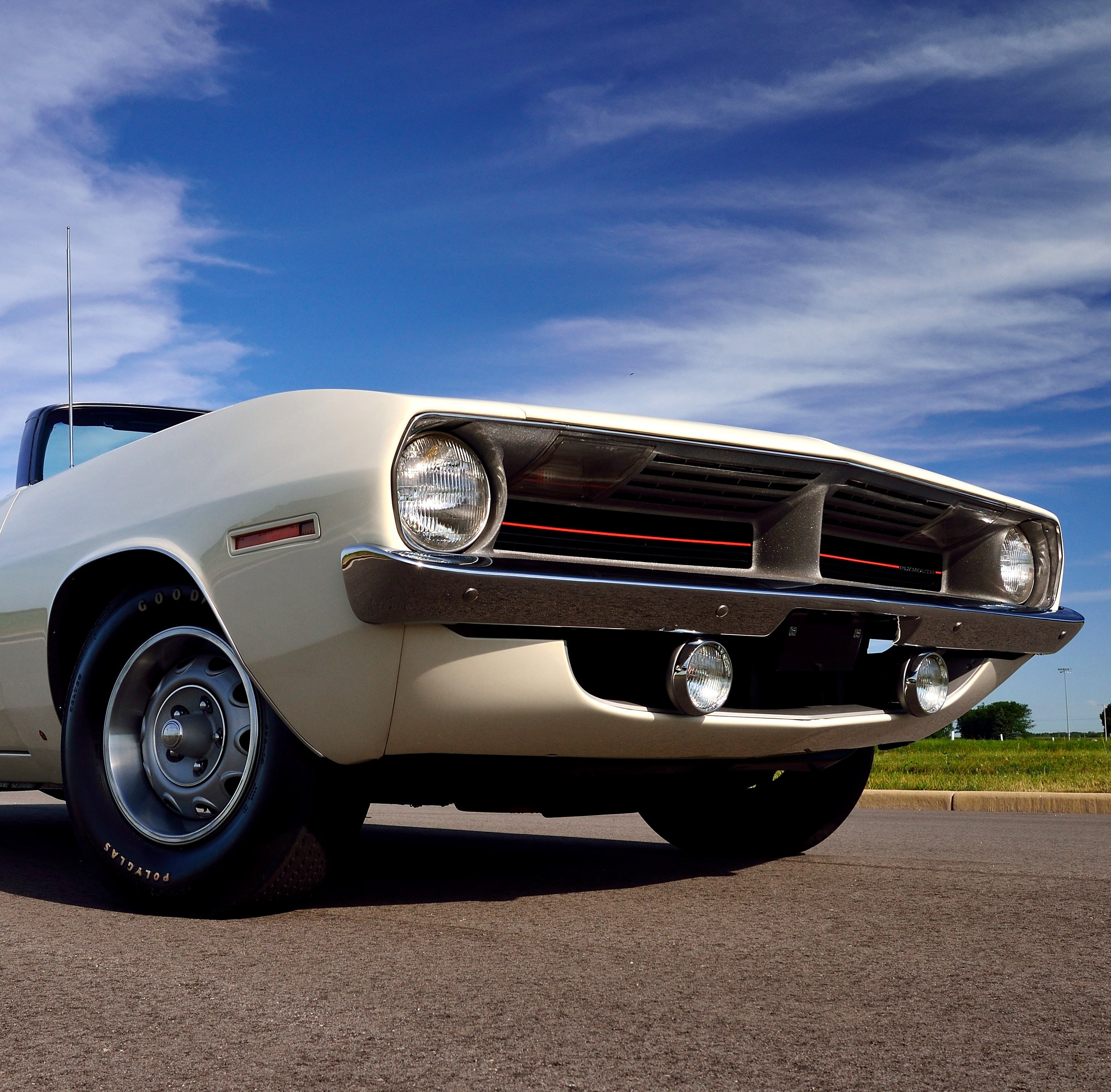 A pair of exceptional Mopar pre-production “pilot cars” from the new-model changeover year of 1970 – Plymouth ‘Cuda and Dodge Challenger R/T convertibles, each of them the first of their kind equipped with the 440 Six Pack engine option – will be auctioned by Mecum at the January sale in Kissimmee, Florida.

Both of the high-performance pony cars were built at Chrysler’s Hamtramck, Michigan, assembly plant on August 1, 1969, as the new E-body ‘Cudas and Challengers were prepared for mass production. Each has some unique features compared with the final assembly-line models, and each has been documented as authentic.

The Plymouth is possibly the first car to wear the ‘Cuda badge, with VIN sequence 100004. The convertible is equipped with the new “Shaker” hood in which the air-intake scoop is connected directly to the engine and emerges from a hood opening.

The Alpine White ‘Cuda convertible is equipped with the 3X2 Holley carburetor-fed 440 Super Commando V8 that was rated at 390 horsepower. Just 16 convertibles so-equipped were built after this one during the 1970 model year. One of just two white 1970 440 Six Pack convertibles, this car was completely restored in 2005, according to the Mecum description, and mileage on the car currently reads 8,835 miles.

The Challenger is also believed to be the first 440 Six Pack convertible built, and one of the first Challengers ever created, apparently the fourth car off the assembly line. The car is one of only 61 Six Pack Challengers built for the 1970 model year.

When new, the car was used as an automotive press test car, and it was featured in several publications. The Challenger has been fully restored, according to Mecum, and includes full documentation. Mileage is just over 61,000 miles.

Mecum’s Kissimmee collector car auction takes place January 15-24 at Osceola Heritage Park in Kissimmee, with more than 3,000 vehicles expected to be up for sale.