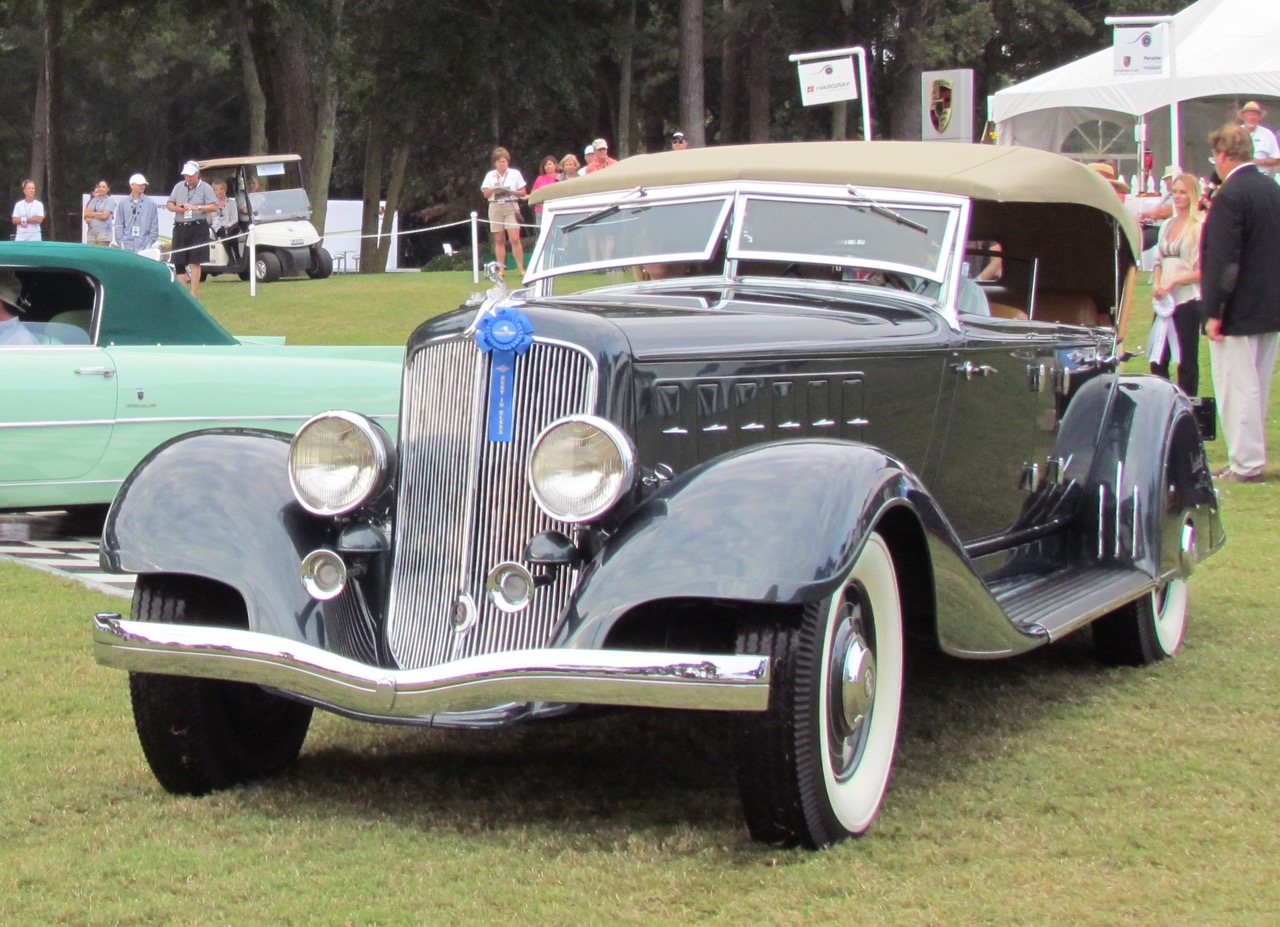 After receiving best in class awards Sunday at the 14th annual Hilton Head Island Motoring Festival & Concours d’Elegance, the class-winning cars and motorcycles were parked herringbone fashion down the center of what for the rest of the year serves as the driving range at the Port Royal golf club. Once all those class winners were in place, a handful of senior judges walked up and down the rows to select the best of show winner.

Their deliberation seemed to take quite a while, but once they made up their minds, three cars were invited back to the awards area where:

Chrysler was the honored marque for the concours, which featured seven classes for Chrysler products or vehicles powered by Chrysler engines.

The Cassinis have won many best of show awards in their years as car collectors, including best of show at Pebble Beach in 2013 and best of show four times in eight years at the Concours d’Elegance of America. But even after collecting so many such awards, Joseph Cassini, a retired judge, said such honors are never taken for granted.

“It’s more than just winning a trophy,” he said. “The trophy’s not really for me. It’s that the car that I’m fortunate enough to own is recognized as an important car. We’re just the caretakers.”

But the Cassinis are more than caretakers of their own collection of cars. Just last month, the Cassini family organized the inaugural Edison Concours d’Elegance which, in large part because of Cassini’s reputation within the classic car community, attracted more than 30 best in class winners from Pebble Beach – including four cars that had won best of show honors on the Monterey Peninsula – to Glenmont, the Thomas A. Edison home in Llewellyn Park, New Jersey.

Cassini credited his daughter, Caroline, for doing the heavy lifting in organizing the concours, adding that he wasn’t prepared for such things as dealing with porta potties, trash bags and their collection, and making sure food was available for spectators.

“I couldn’t have done it without her,” he said of Caroline’s efforts.