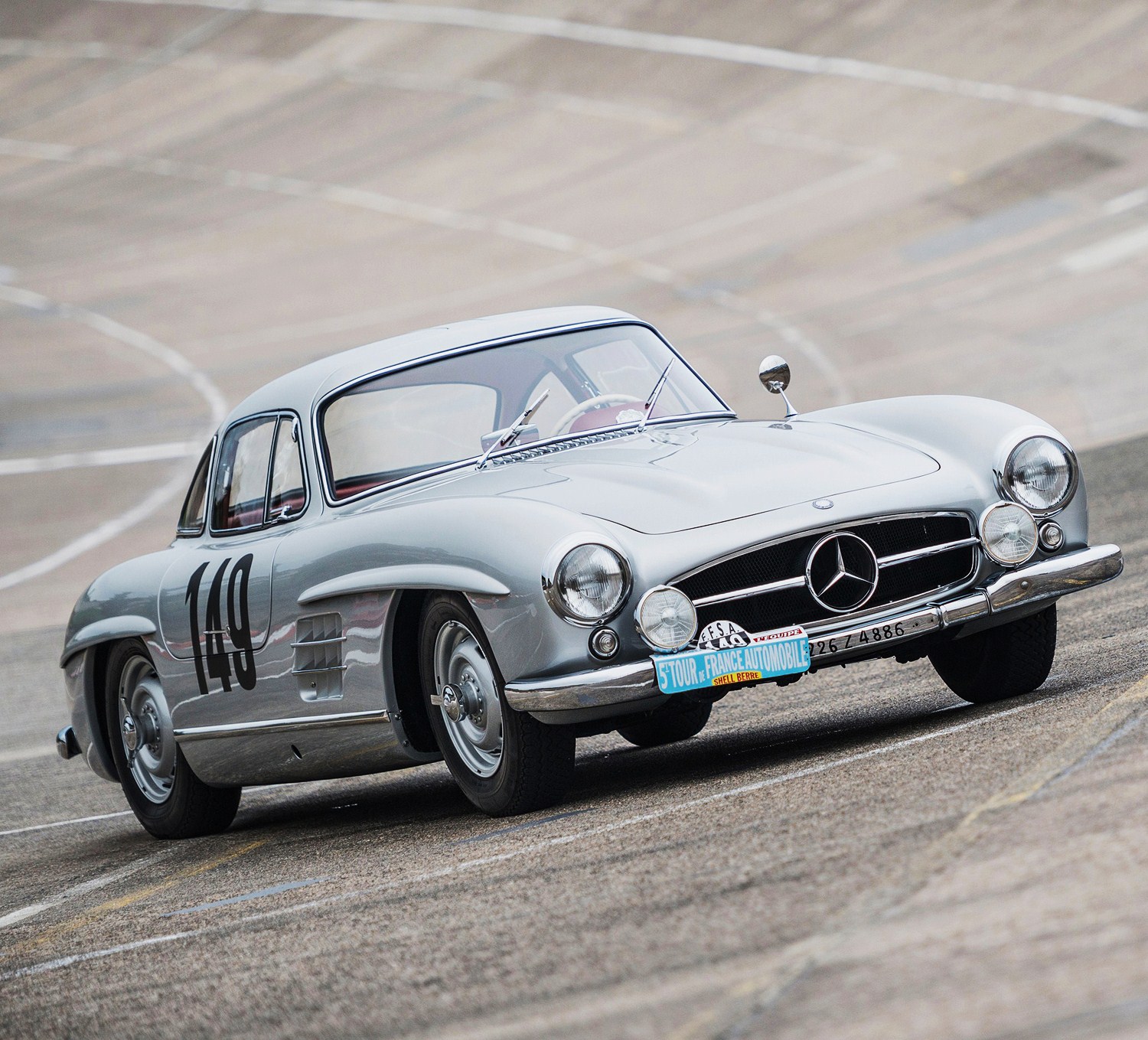 A 1955 Mercedes-Benz 300 SL “Sportabteilung” Gullwing, the first of four factory-upgraded competition cars with a rich racing history that includes Stirling Moss behind the wheel, will be auctioned during RM Sotheby’s Driven by Disruption sale December 10 in New York City.

The auction house calls the car “the rarest and most desirable W198 Gullwing ever presented for public auction.”

The four Gullwings were prepared for Mercedes’ Sportabteilung, which translates roughly as “competition department,” to be used in training and factory racing efforts. Chassis number 5500640 was delivered to the Sportabteilung on August 27, 1955, outfitted with a number of desirable racing features, including an upgraded NSL-specification engine with revised camshaft profile. Of the Sportabteilung cars, this one spent the longest stretch, 13 months, with the competition wing.

In September 1956, 5500640 came into the possession of Georges Houel, a friend of legendary driver Stirling Moss, who immediately entered the car in the legendary Tour de France. With Moss driving, “the unique Gullwing was entered in the Group B competition-car class, joining a contingent of Group A standard-specification Gullwings,” according to an RM Sotheby’s news release.

After some problems early in the tour that put the Gullwing behind, “Moss aggressively drove the Gullwing, ultimately outperforming the eventual winner (the Marquis de Portago and his namesake Ferrari 250 GT) during the final stage of the tour. While the Marquis clinched the podium – he was well ahead on points – Moss made up sufficient time in the 300 SL to place an impressive second overall,” the news release says.

Houel raced the Gullwing several times in subsequent years, including a third-place finish in the 1956 Coupes du Salon and fifth-place runs at both the Rallye d’Automne and the “10,000 Corners” Tour de Corse.

The father of the current owner of the 300 SL acquired the car in 1966, used it sparingly for a year and then put it away in storage for the next 40 years. In 2008, the son commissioned a three-year preservation restoration to its authentic Tour de France specifications, according to the auction company.

One of just two known surviving examples of the original four factory-competition W198 Sportabteilung cars, the Gullwing comes to auction with an estimated value of $5,000,000 to $7,000,000.

“This car illustrates an important and lesser-known chapter in the Gullwing racing legend,” Alain Squindo, vice president of RM Sotheby’s, said in a news release. “Not only is it rarer than the ever desirable alloy-bodied Gullwings, but its desirability is amplified by its astonishing provenance – none other than Sir Stirling Moss drove the car to a second place finish at the ’56 Tour de France, beaten only by de Portago in his Ferrari, which RM sold for a world record $13.2 million in Monterey earlier this year.”

For more about Driven by Disruption, visit the auction website.