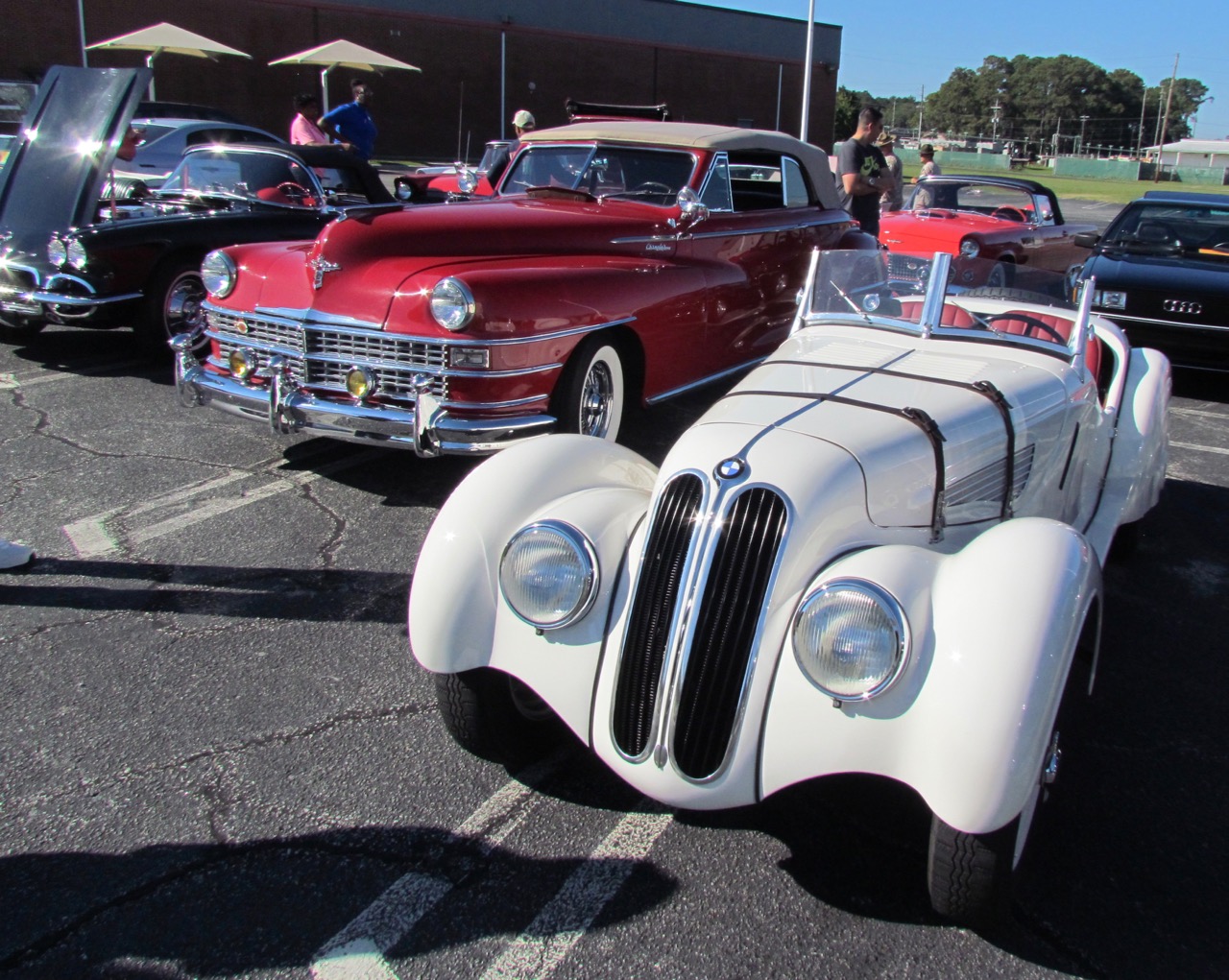 It is not unusual for there to be a driving tour a day or two before a major concours d’elegance. However, they usually do not include a visit to an active military base. But the Marine Corps Recruit Depot, Paris Island, was where we headed Friday on the “Salute to Centennial” driving tour that opened the Hilton Head Island Motoring Festival and Concours d’Elegance weekend here on the coastal islands of South Carolina.

The “centennial” in the tour’s name is a reference to the fact that it was 100 years ago (November 1, 1915) that Parris Island was designated as the place where, as the base water tower reminds everyone in huge letters, “We Make Marines.”

It is on Parris Island (later, a second base was established in San Diego) where the U.S. Marine Corps recruits arrive. Seventy training days later, assuming they’ve survived The Crucible – the final exercise in the training – those recruits graduate as “The Few, The Proud, The Marines.”

Even as recruits in training, they are an impressive group of young men and women, as are their instructors. Also impressive, though in very different ways, were the cars and owners taking part in the tour.

I was offered a ride in a 1935 Ford Phaeton, a four-door convertible owned by Harvey Geiger. While the car looks stock, Geiger admitted it was something of a hot rod. He’s had it about eight years. The previous owner drove it three times on The Great Race across the country, and tweaked up the flathead V8 engine some. Geiger has had to replace the convertible top and restore the interior and do some additional mechanical work.

Joining us for the drive was Rosemary Kimball, another local resident and, like Geiger, involved in the festival and concours for many years.

The route took us from the Westin Hilton Head Island resort at Port Royal to Parris Island, and then on to Callawassie and Spring islands, the latter for a picnic lunch at the remains of the tabby-constructed Edwards house on Port Royal Sound, before returning to the Westin. What remains of the Edwards buildings are the tabby structures made from a concrete-like mix of lime, sand, oyster shells and water.