Trunk-or-Treat and Cars & Coffee this weekend at automotive museums 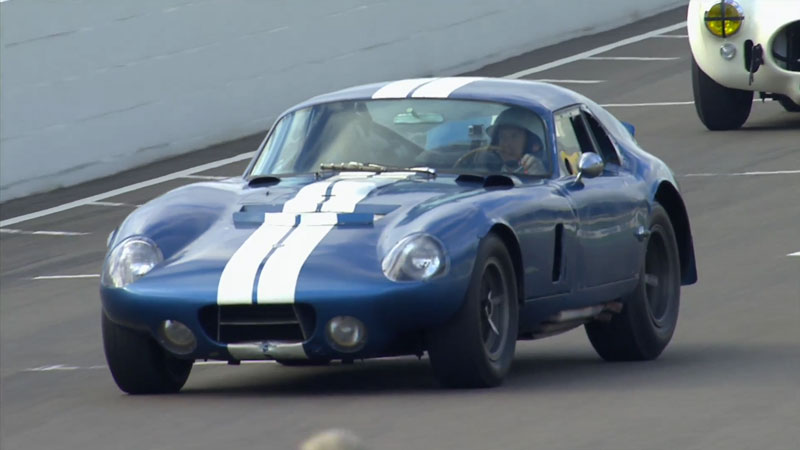 Tonight, the World of Speed Museum in Wilsonville, Oregon, features movie night with a screening of Christine. Movies on the big screen in the main indoor gallery start at 7 p.m. Prices are $2.50 for members and $8 for non-members. Upcoming movies are: November 20, Cars, and December 11, Talladega Nights.

On November 21, the museum will open a new exhibit, “Women in Racing,” highlighting women past and present in motorsports.

Saturday, the National Automobile Museum in Reno, Nevada, holds a “trick or treat” in the streets of the museum with 16 candy stations, Halloween-themed games and a magic show. The event takes place from 4:30 to 7:30 p.m.

The National Corvette Museum in Bowling Green, Kentucky, offers a free Trunk-or-Treat event Saturday under the Conference Center Canopy from 10 a.m. to noon.

On November 5, the museum is encouraging veterans and wounded warriors to visit the NCM Motorsports Park for complimentary rides around the track in Corvettes as part of the seventh annual Vets n’ Vettes event presented by Mobile 1. No RSVPs are needed to ride in a Corvette, but they are needed for a complimentary lunch following the rides.

Save the date of Saturday, November 21, as the museum will offer sleigh rides in Santa’s Corvette. Another Museum in Motion trip is planned for March 7-12, 2016, when the group will travel to Tucson, Arizona, to visit the Saguaro National Park, Sabino Canyon and the Superstition Mountains area in addition to local museums. Registration for the trip closes February 8.

The Owls Head Transportation Museum in Owls Head, Maine, is set to hold its Great Fall Auction and flea market Saturday and Sunday from 8:30 a.m. to 5 p.m. Admission is free all weekend.

The LeMay Museum in Tacoma, Washington, is partnering with Northwest Harvest for the entire month of November. Guests who bring non-perishable food donations will receive $2 off museum admission.

On Tuesday, the museum will continue its “If these cars could talk” series with speaker David Dickinson, creator of the Old Car Nut book series.

November 21, the museum will host its family STEM day with a focus on 3D Printing as well as a seminar on car maintenance for ladies, by ladies.

The California Automobile Museum in Sacramento holds an evening with veteran race driver Lyn St. James on November 13 from 5:30 to 10 p.m. The evening will include a red carpet VIP reception, farm-to-fork dinner, cocktails, entertainment and an opportunity to meet Lyn St. James and take photos with her.

The Heritage Motor Centre in England is offering a series of lectures and workshops, which continues on November 29 with a presentation called “The story of our gas turbine car.”

The Simeone Automotive Museum in Philadelphia holds its eighth annual Fundraiser Gala on November 18, when it will honor race driver David Hobbs with the 2015 Spirit of Competition Award. According to the museum, David Hobbs’ career in motorsports began in the 1950s in his mom’s Morris Oxford. Over the 30 years that followed, Hobbs could be seen racing all over the world in sports cars, Formula 1, F5000, Indy Cars, Can Am, Trans-Am and NASCAR competitions. He also competed in 24 hours of Le Mans, 24 hours of Daytona, 12 Hours of Sebring, Daytona 500 and the Indy 500.

A preservation workshop will be presented at the museum December 12 focusing on its 1964 Daytona Coupe. The one-day event will go over the race car’s well-documented history from when it was built by Shelby in 1963 through its life at the museum, with photographs documenting the preservation efforts.