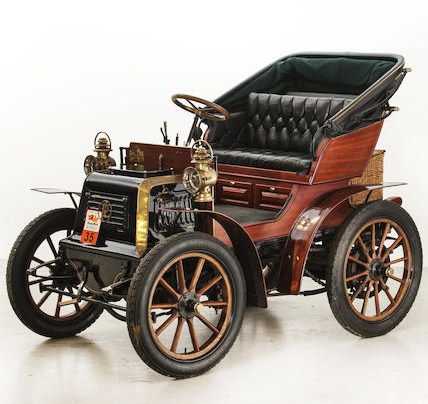 Generally speaking, the 60-mile drive from central London to Brighton is no big deal. Due south, it usually takes about an hour and a half.

That is, unless you are driving a rickety horseless carriage from the dawn of motoring, in which case it takes considerably longer. If you get there at all.

That’s the premise behind Sunday’s annual Bonhams London to Brighton Veteran Car Run, which marks its 119th anniversary this year and stands as the oldest automotive event in the world. The highly popular road rally for vehicles built before 1905 attracts about 500 entries each year to huff and chug their way to the seaside resort, with thousands of spectators lining the route. Many of the antique motorcars actually make it.

The event commemorates the Emancipation Run of 1896 that celebrated the passing of the Locomotives on the Highway act, which raised the speed limit from 4 to 14 miles per hour in Great Britain and repealed the requirement that a man on foot carrying a flag must precede every motorized vehicle.

The sponsor of London to Brighton, Bonhams auctioneers, punctuates the old-car run with a sale today that includes event-eligible motorcars at the company’s 101 New Bond Street headquarters in London. The featured car for this year’s auction is a 1903 Clement Model AC4R Four-Cylinder Rear-Entrance Tonneau, estimated at £400,000 to £500,000 ($613,000 to $766,000 at the current exchange rate).

Notably, the Clement participated in the London to Brighton Run in 1934.

Other auction cars include a 1904 Napier Model D45 12HP Side-Entrance Four-Cylinder Tourer, one of the few Napier models that were assembled in America; a 1904 Columbia Mark XLIII Two-Cylinder Rear-entrance Tonneau; and what was once regarded as America’s premier brand, a 1904 Winton 4¼-Litre 20hp Two-Cylinder Detachable Rear-Entrance Tonneau.

The London to Brighton Run and Bonhams auction are the major elements of the London Motor Week series of events hosted by the Royal Automobile Club that also include a Literary Festival, Motoring Forum and the Regent Street Motor Show.