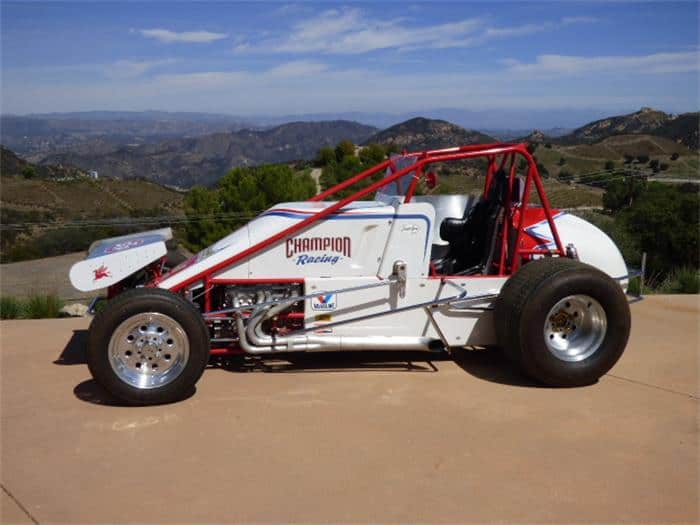 Purpose-built for racing, the Pick of the Day is a 1977 Kinser Sprint Car that has seen its share of competition over the years and would be perfect for when you just want to drive down the road in a no-frills, questionably legal “retired” race car.

According to the listing on ClassicCars.com, the Sprint car was restored by Championship Racing in Indianapolis, Indiana, which is one of two top-notch Indy car restoration shops.

The owner of the sprint car says it began as one of Kinser’s Championship cars but is unsure if it was used in 1976 or 1977. During its run as a racer, the car sustained front-end damage and the owner at the time had an enter new front end fabricated for the car as well as adding some extra inches to the chassis, the listing says.

The Kinser Sprint car ran on the track with an 800-horsepower, alcohol-fueled, small-block Chevy motor that was swapped for a more usable and streetable 450 horsepower small-block Chevy that runs on premium pump gas, the seller adds. A two-speed Chevy Hydromatic drag-racing transmission was mated to the small block to allow the car forward, reverse and park positions. The car also had other necessary items installed that apparently make it street legal.

“I have personally driven the car on the street in California for probably 1,200 to 1,500 miles with no issues,” the listing says, “other than the need to be aware that the power-to-weight ratio is better than twice that of a Dodge Viper.”

Standout modifications on the Kinser Sprint Car include a full outlaw wing painted white to match the car as well as a racing fuel cell inside what was once the wet tail for added safety on the street. Completing the transformation, the car is equipped with street legal tires.

The Kinser Sprint car is currently for sale in Prescott, Arizona, by a dealership with an asking price of $34,900.