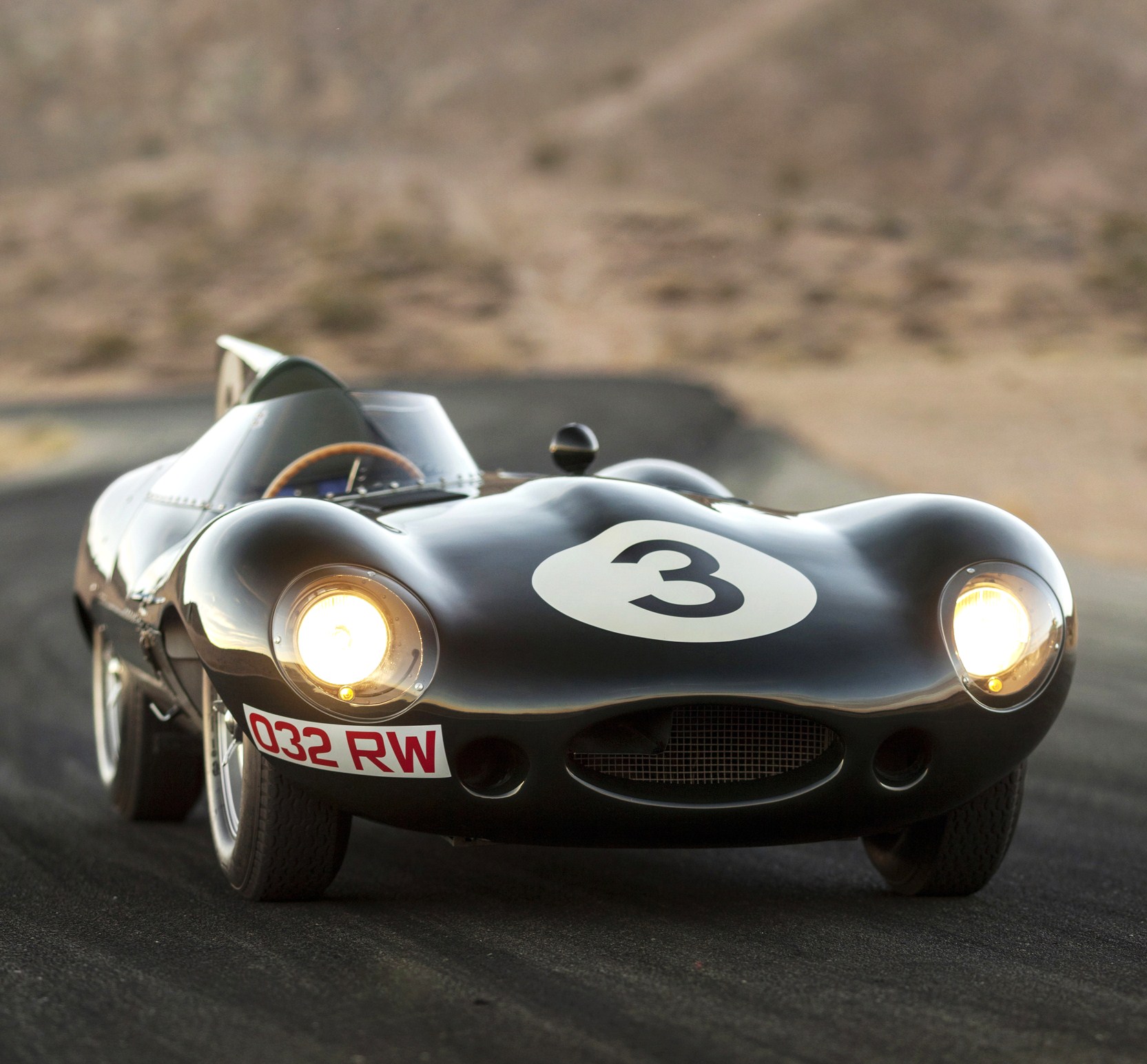 Only six “long-nose” versions of Jaguar’s famed Le Mans-winning D-type sports racers were built for the 1956 season and the first of these exotics has been consigned to RM Sotheby’s Arizona auction in January 2016.

The racing year 1956 was the final run for the Jaguar Works D-type program and the lengthened front of the car’s voluptuous form was an effort to make it even more aerodynamic for higher top speeds. This D-type, chassis XKD 604, was the first of the long-nose examples built. It was fitted with two innovations: Jaguar’s independent, de Dion rear suspension, and mechanical fuel injection instead of Weber carburetion.

The Jaguar D-type retired after the 1956 racing season

After being wrung out by Jaguar’s legendary test engineer Norman Dewis, XKD 604’s debuted at the Daily Express Silverstone event in May 1956, where it was driven by Desmond Titterington. At season’s end, the team D-type cars were retired from racing and XKD 604 was acquired by Scottish racing team Ecurie Ecosse, where it remained in storage until the team closed its doors in 1971.

The Jaguar was eventually obtained by Scotsman Jim Tester in the 1970s, and then acquired by Michael Fisher of England, who commissioned its restoration by marque experts to original fuel-injected specification in 1986. It was imported into the United States in 1992, and went to the current owner in 2004.

The D-type has been displayed at numerous events in recent years, including the 2011 Monterey Motorsports Reunion, where it was part of the Jaguar Heritage Display, and the 2012 Dana Point Concours d’Elegance, where it received the Featured Marque award.

“Arizona represents one of our strongest venues on the auction calendar, and we’re always working to secure the most desirable, fresh-to-market vehicles for this true collector car destination.” Ian Kelleher, managing director of RM Sotheby’s West Coast Division, said in a news release. “The long-nose D-type is a perfect example as it has not changed hands in more than a decade, and offers a number of untapped historic-event participation opportunities for its next enthusiast owner.”

RM Sotheby’s 17th annual Arizona auction takes place January 28-29 at the Arizona Biltmore Resort in Phoenix. For more information about the sale and other early consignments, see the auction website.