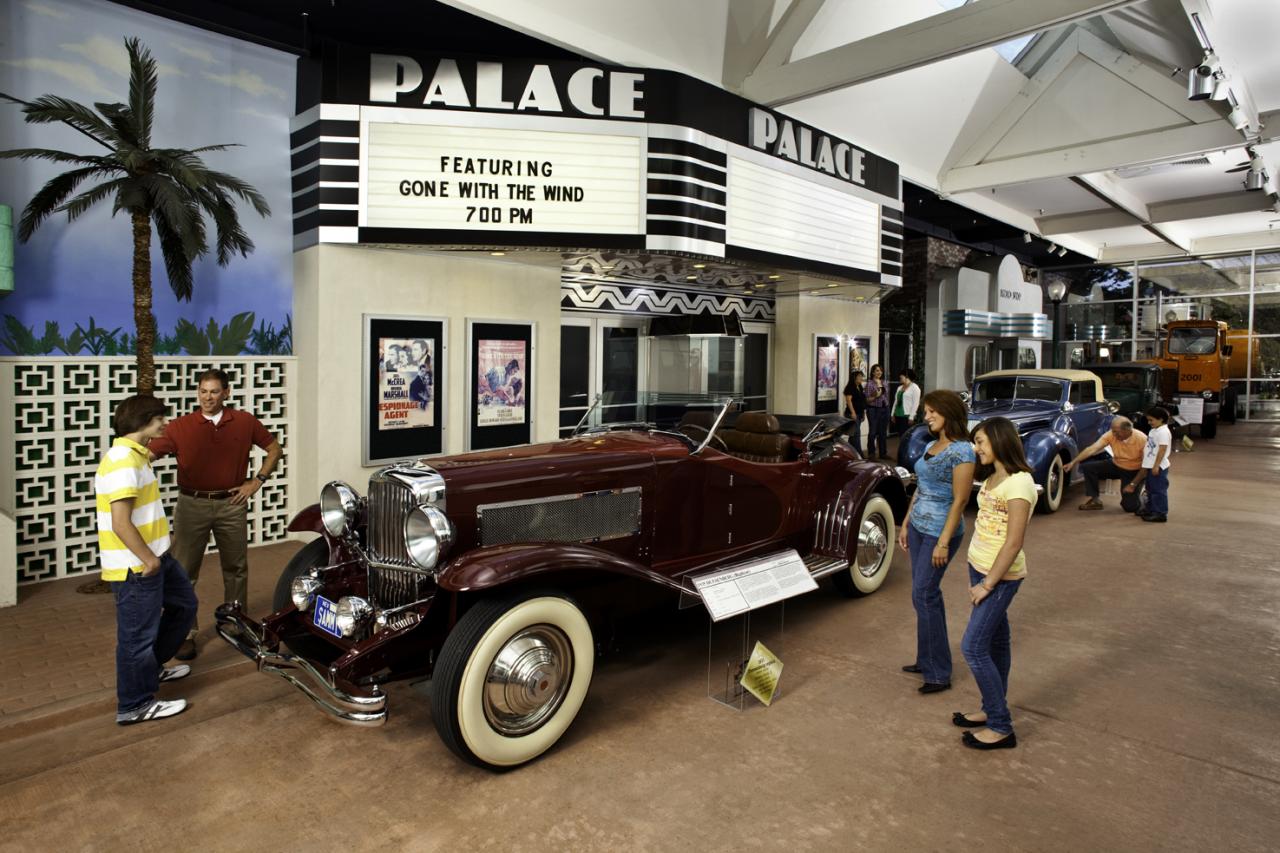 The World of Speed Museum in Wilsonville, Oregon, features its next movie night tonight, October 16, with a screening of Bullitt. Movies on the big screen in the main indoor gallery and start at 7 p.m. Prices are $2.50 for members and $8 for non-members. Movies are: October 30, Christine; November 20, Cars; and December 11, Talladega Nights.

In addition to the movies, for the next few months two Aston Martins will be on display at the museum, a 1960 Aston Martin DB4GT and 1961 DB4GT Zagato.

Beginning October 17, the Heritage Motor Centre in England offers a series of lectures and workshops, starting with“Drawing from Automotive History” led by art teacher Richard Cook, who will provide tips for drawing automobiles. On October 24 is “Cars through the Lens,” focusing on automotive photography. On November 29, there will be a presentation called “The story of our gas turbine car.”

The National Corvette Museum in Bowling Green, Kentucky, has teamed with the Kentucky State Police for a scenic road tour with stops at Abraham Lincoln’s Birthplace, the Rosemary Clooney House, Newport Aquarium, Carter Caves and more. Meals and accommodations are included in the registration fee of $950 for members, $990 for non-members. Tours will be October 19-24, and 26-31.

The NCM also offers a free trunk-or-treat outside the museum on Saturday, October 31 from 10 a.m. to 12 p.m. and save the date for Saturday, November 21 as the museum will offer sleigh rides in Santa’s Corvette.

On October 21, the Simeone Automotive Museum in Philadelphia presents “90 Years of Italian Design Excellence.” This event will feature 20 italian sports cars produced between 1925 and 2015. Each car represents a landmark design that showcases the evolution of Italian designers.

Shortly after on the 23-24 the museums celebrates Corvette Racing with special guests Doug Fehan, program manager for Corvette racing, and Tommy Milner, driver of the Le Mans class-winning Corvette.

The California Automobile Museum in Sacramento will hold its inaugural Tuner Car Show is scheduled October 24, with help from 1992 Performance and local car clubs NorCalSTIclub and NorCal S2k.

The LeMay Museum has scheduled a trunk-or-treat event October 24 at the Marymount Event Center in Tacoma, where children will be able to trick-or-treat by going from car trunk to car trunk.

On October 25, the America on Wheels museum in Allentown, Pennsylvania, will host a Trunk or Treat event from 1 to 3 p.m. Craft tables will be on site to decorate treat bags.

The Studebaker National Museum celebrates 10 years in its current location from October 26-30 and is sharing birthday cake with all the museum visitors. Additionally, the museum is giving away several 2015 cars and SUVs in an raffle. Cars being raffled include a Toyota Camry SE, Volkswagen Passat 1.8T, Lexus CT Hybrid, Jeep Wrangler Unlimited Sport 4×4 and Ford Escape Titanium. Tickets can be purchased at the museum or over the phone until 5 p.m. December 8. The drawing takes place at 6 p.m. on December 8.

October 31, the National Automobile Museum in Reno, Nevada, holds a “trick or treat” in the streets of the museum and will have 16 candy stations, Halloween-themed games, and a magic show. The event takes place from 4:30 p.m. to 7:30 p.m.