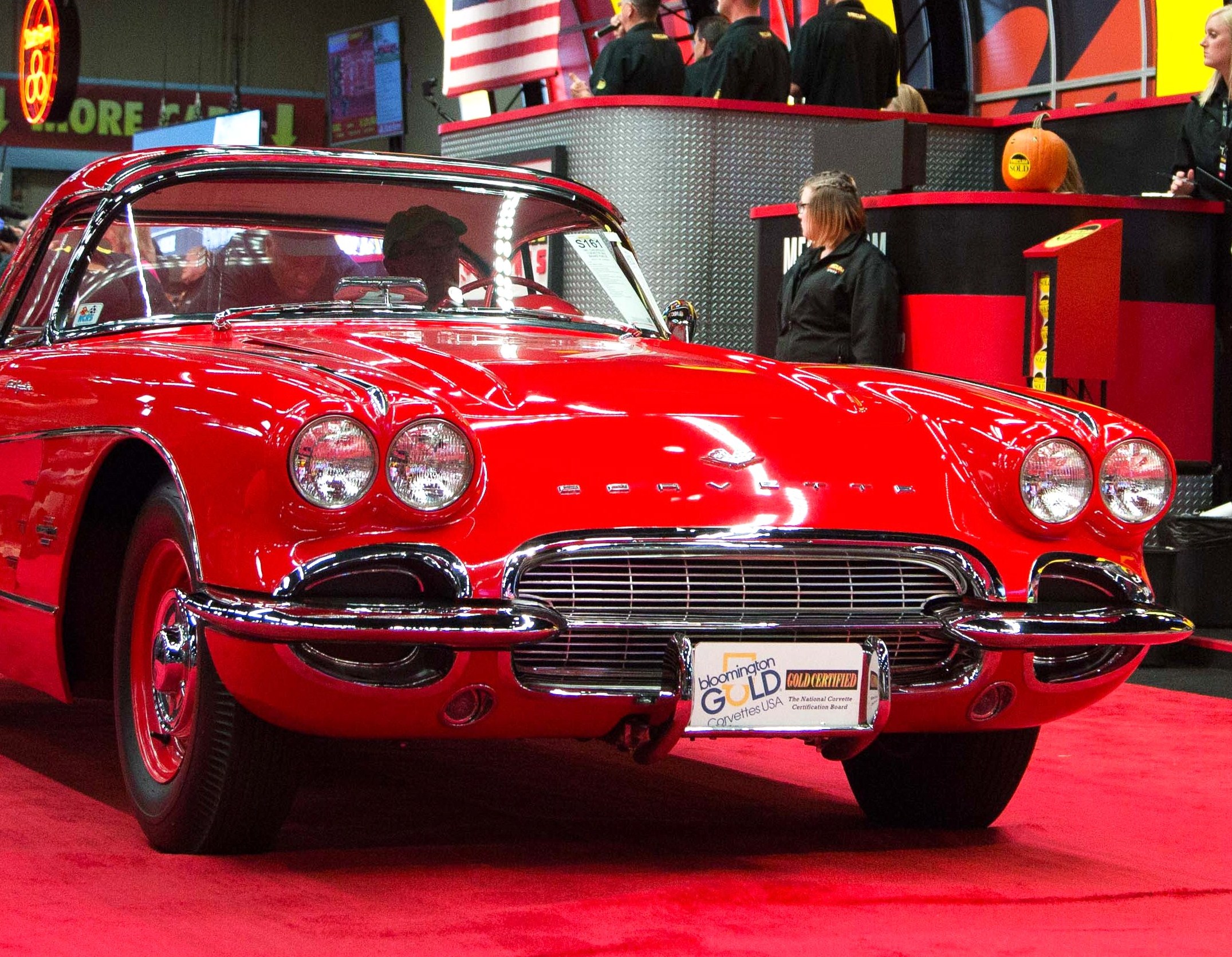 Mecum sold more than $13 million worth of collector cars during its three-day Chicago auction, held October 8-10, as 494 vehicles went to new owners.

With the top sales dominated by American classic and modern muscle cars, the results were down from last year’s Chicago sale, which saw around 580 cars sold for a totally of nearly $15.3 million and a 62 percent sell-through rate. This year’s sell through was 66 percent, accoridng to Mecum.

Once again, the Mecum auction was led by a modern Ford GT sports coupe, a red-on-black 2005 model with 6,941 miles hitting $230,000 (results do not include auction fees). At the 2014 Chicago auction, the top three sellers were all Ford GTs.

Coming in fifth among the highest sellers was a Bloomington Gold-certified 1961 Chevrolet Corvette Big Brake Fuelie for $115,000.

A 1966 Batmobile replica worked its way into the top sales with a $110,000 result, a fair price but a far cry from the $4.2 million sale at Barrett-Jackson for the actual, original George Barris TV car on which it is based. The replica Batmobile does have some of the crime-fighting gear; a smoke-screen device and a flamethrower are both reportedly in working order.

“As the area’s only classic and collector car auction, we consistently see a great turnout for our annual Chicago auction,” Frank Mecum, Mecum Auctions’ director of consignments, said in a news release. “This year was no exception. It was also exciting to see that Illinois-local Scott Shaffer’s collection was received so positively. All five of his cars sold for a combined total closing in on a half-million dollars.”

The top 10 results for the Mecum auction Chicago were:

(Results do not include auction fees)

Mecum Auctions rounds out the year with a 750-car sale in Anaheim, California, on November 12-14, and the Austin, Texas, auction December 11 and 12.