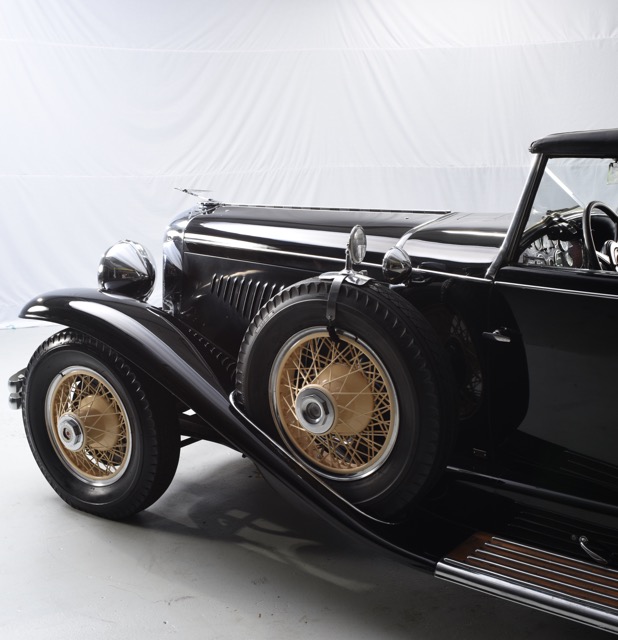 The objective news is that the 1929 Duesenberg Model J convertible coupe offered up for bidding this week at Morphy Auction’s 46-lot Premier Automobile Auction in Denver, Pennsylvania, sold for a strong $2.53 million.

But can we be forgiven for editorializing that we’re disappointed that after being previously owned by four women, the car sold to a man?

Checking out the cars

The ’29 Duesenberg was unrestored, bearing convertible coupe bodywork, with rumble seat, by Murphy.

It originally was purchased by Carolyn May Hoopes, a member of a wealthy steel-producing family. She gave the car to her doctor’s wife in 1950. The doctor’s wife sold the car two years later to a Mrs. Wilson. Katherine Hedburn bought it in 1961 and it was offered from the Paul and Katherine Hedburn collection after being driven only 33,000 miles in 86 years.

The buyer’s identity was not released by Morphy, which did, however, confirm the buyer was a man from Florida who bid by phone, thus ending the car’s women-only ownership history.

“There was overwhelming interest in the Duesenberg and many of the other cars, as well,” Dan Morphy, founder and president of Morphy Auctions, said in a news release. “We could not have asked for a better turnout here at the gallery. Holding our automobile sale at a time that coordinates with the Hershey car show is an absolute winner.”

The scene at the sale