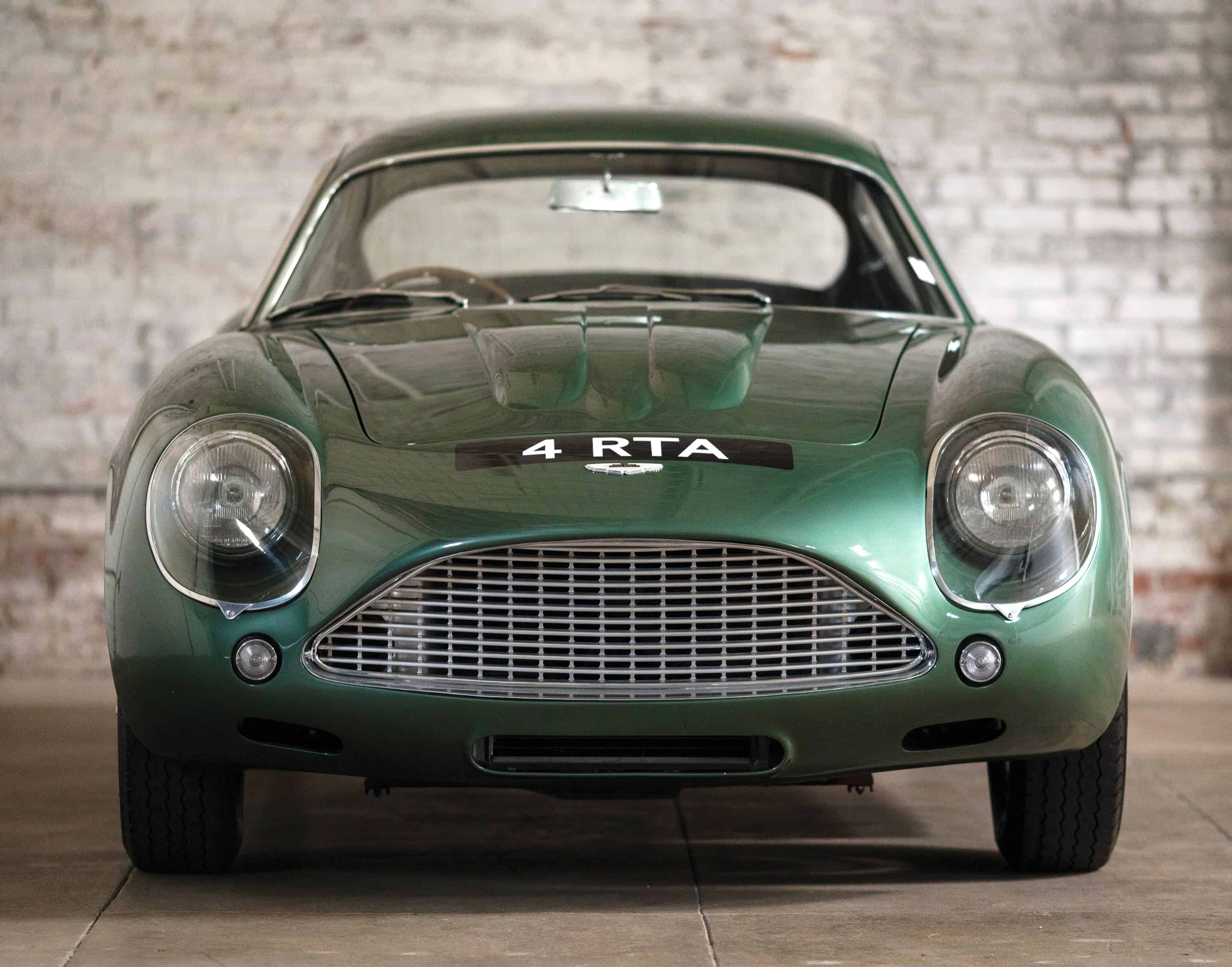 Designers at the renowned Carrozzeria Zagato of Italy were no doubt on top of their game when they created the Aston Martin DB4GT Zagato, widely regarded as one of the world’s most beautiful grand-touring cars.

Just 19 of the aluminum-bodied DB4s were built, and RM Sotheby’s auction will offer No. 14 during its New York collector-car auction  December 10. Considered to be the most desirable GT model of the storied Aston Martin marque, the coachbuilt car is expected to achieve a result in the high seven figures.

“Unquestionably the most valuable and coveted road-going Aston Martin ever built, the heady mix of Aston Martin’s accomplished and powerful DB4 clothed in Zagato’s extraordinarily beautiful lightweight aluminum bodywork, makes those 19 cars constructed amongst the most desirable on the planet,” according to a RM Sotheby’s news release.

The auction company has not presented a pre-auction estimated value for the DB4 Zagato, although the Hagerty price guide values the model in excellent condition between $8.5 million and $8.8 million.

Serial number DB4GT/0186/R was completed in England in 1961 and is the only example delivered new to Australia, where it was raced extensively and successfully, including winning the South Pacific GT Championship and a fourth-place finish in the Sports Car Championship, both on the same day.

The Aston Martin remained in Australia for the next 30 years, returning to England in 1993, and had only two subsequent owners, according to the news release.

A two-year concours restoration undertaken in collaboration between Aston Martin specialist RS Williams in England and Carrozzeria Zagato’s facilities in Italy was completed in 2002. Since then, the car has been shown and garnered awards at such prestigious events as the Pebble Beach Concours, Concorso Villa d’Este, Louis Vuitton Concours and The Quail, a Motorsport Gathering.

“Never mind being the greatest Aston of all time, this is one of the greatest GT cars ever produced,” Rob Myers, chairman and founder of RM Sotheby’s, said in the news release. “To many, it is more beautiful than the stunning Ferrari 250 SWB, but it is also vastly rarer.

“To my mind, the DB4GT Zagato begs closer comparison to the iconic Ferrari 250 GTO, although far fewer Zagatos were built than even that. It is an absolute jewel of a car and truly an opportunity that presents itself once in a generation.”