The 1958 model year was the last for Packard and the seller of our Pick of the Day notes that only 675 of these coupes were produced.

According to the seller, who placed an advertisement for the car on ClassicCars.com, this 1958 Packard coupe is from South Dakota and is all original except for its 289 cid engine, which came from a 1964 Studebaker Lark.

That’s not a surprise since Studebaker owned Packard and at the end of the line; the proud Packards were basically slightly modified Studebakers. 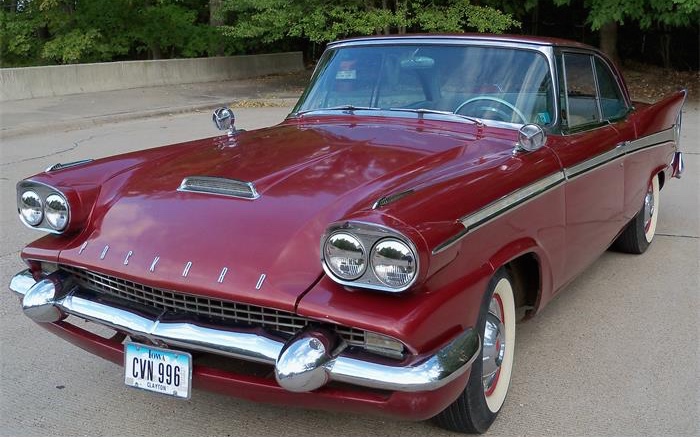 Not only is this ’58 Packard hardtop coupe rare, it comes with a history of single-family ownership.

According to the ad, the car has had a recent tune-up, and has new brakes and new stainless exhaust.

The seller notes that the interior needs “some TLC” and includes a photo showing the wear on the driver’s side of the front bench seat. The ad also points out that there is a “slight’ leak in the seal between the engine and transmission.

The ad says the odometer reads 45,000 miles and that the car is unrestored condition with a good exterior and fair interior. The car is equipped with an AM radio, power brakes and steering. The engine is running and linked to an automatic transmission.

A dozen photos show a seemingly immaculate exterior in a maroon color with silver trim and gleaming chrome.

“My dad took great care of the car,” he adds, “but my sister’s family let it sit in the elements.”