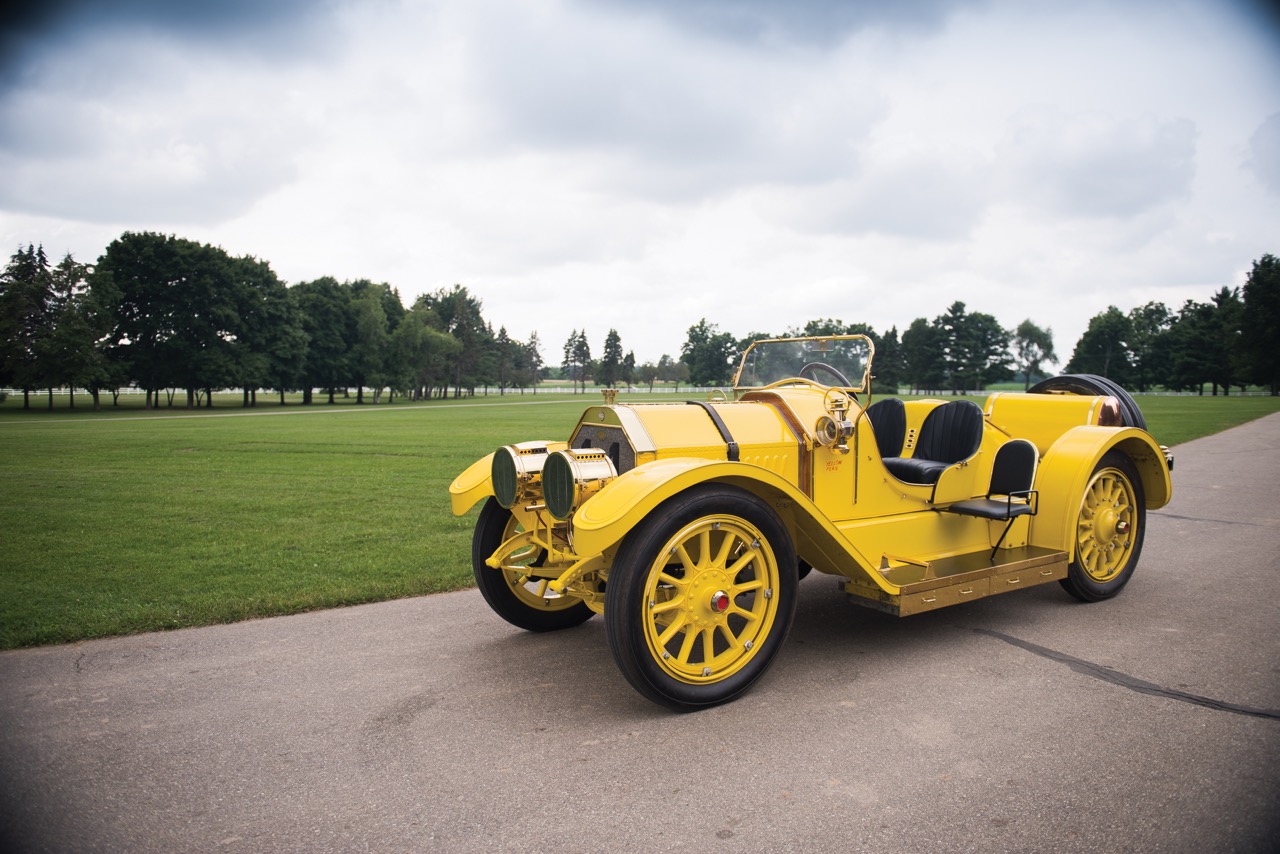 RM Sotheby’s experienced its most successful Hershey auction this week with $16,344,387 million in sales.

With the sale being conducted in conjunction with the annual AACA Eastern Division Fall Meet, brass-era vehicles were popular with bidders. The cars that sold for the most money were a 1913 Pierce-Arrow Model 66-A seven-passenger touring that went for $830,500, a 1911 Oldsmobile Autocrat “Yellow Peril” racing car that brought $698,500 and a 1914 Rolls-Royce 40/50 HP Silver Ghose landaulette that sold for $577,500.

“Hershey proved once again to be the perfect venue for the offering of important early automotive design,” Gord Duff, can RM Sotheby’s car specialist, said in a news release after the two-day auction.

“Brass Era powerhouses were the hit of the week, with the most exciting moment coming as our auctioneer Max Girardo opened bidding on the 1913 Pierce-Arrow, igniting a fierce competition that had the crowd roaring with every raise of a paddle.

“At another level of the market, expert restorations stood out, with top-tier examples bringing well-deserved prices.”

The sale attracted bids from residents of 20 nations, according to RM Sotheby’s, which also reported that more than 20 percent of bidders were new clients for the auction house. The sell-through rate for the auction was an impressive 96 percent. RM Sotheby’s said the total sales figure represented a better than 16 percent increase compared with last year’s Hershey sale.

Memorabilia offered at the sale also did well, with a P-51 Mustang model airplane from the Richard Roy estate collection selling for $21,850, more than triple its high pre-auction estimate.

RM Sotheby’s concludes its 2015 auction calendar December 10 with the Driven by Disruption sale in New York City, where some 30 vehicles will be offered, each of which showcases “the extremes of motoring history and the molds that were broken by engineers and designers in pushing the automotive envelope,” the auction house said.