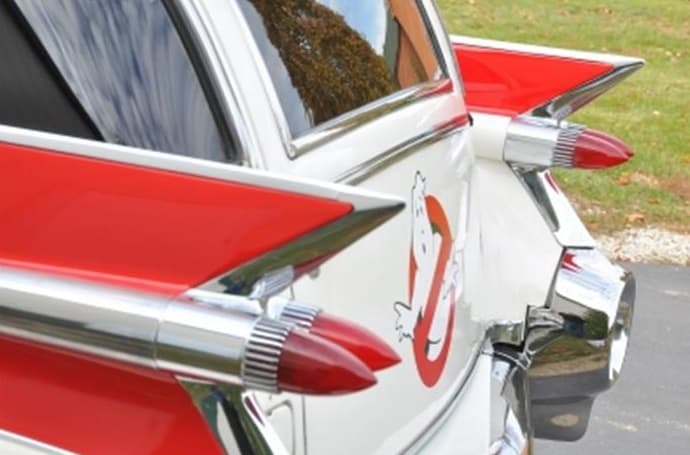 To celebrate the first of October, which signals the beginning of frightful Halloween festivities right around the corner, I have selected a spooktacular Pick of the Day, a 1959 Cadillac hearse.

This isn’t your ordinary old and creepy used Hearse; this one is instantly recognizable and will bring a smile to your face as it has been made up to look like Ecto-1, the 1959 Cadillac Miller Meteor ambulance/hearse used as the famous Ghostbusters vehicle from the popular 1984 movie, Ghostbusters. A slightly updated version of Ecto-1 appeared in Ghostbusters II as Ecto-1a.

In the movie, Ecto-1 was purchased by Dr. Ray Stantz, played by Dan Aykroyd, for $4,800 and only needed a few repairs which he lists off in the film and include “suspension work, shocks, brakes, brake pads, lining, steering box, transmission, rear end… and new rings, mufflers, and wiring.” After repairs and ghost-busting upgrades, Ecto-1 became the ultimate ghost-busting luxury vehicle to the Ghostbusters crew.

Listed on ClassicCars.com, this Ecto-1 replica will make the perfect vehicle for trick-or-treating this year with all of its ghost-busting gizmos.

As stated in the listing, this vehicle was originally a 1959 Cadillac ambulance with the body built by Eureka. The seller says this car is in an overall good condition and can be used for daily use, as it has passed the New York state inspection without any issues. The Ghostbusters hearse features a replacement V8 engine in running condition and an automatic transmission, the ad says.

Air conditioning has been installed for the driver and passenger. The seller says it has no rust issues and the transmission works well. 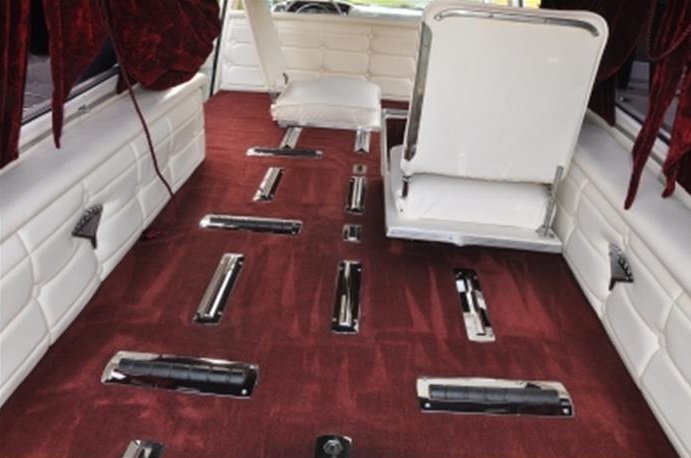 At first sight this sweet Pick of the Day might not scream scary, but a look inside will send chills down your spine as it still retains gurney rollers, or coffin rollers, in the back of it. These can be seen in the photos.

Unfortunately this vehicle is not available as a rental but is being offered by a dealer in New York, New York, for $95,000.

Can’t get enough Ghostbusters? A third film will be released in 2016 with the remaining original cast joined by a new set of female Ghostbusters.