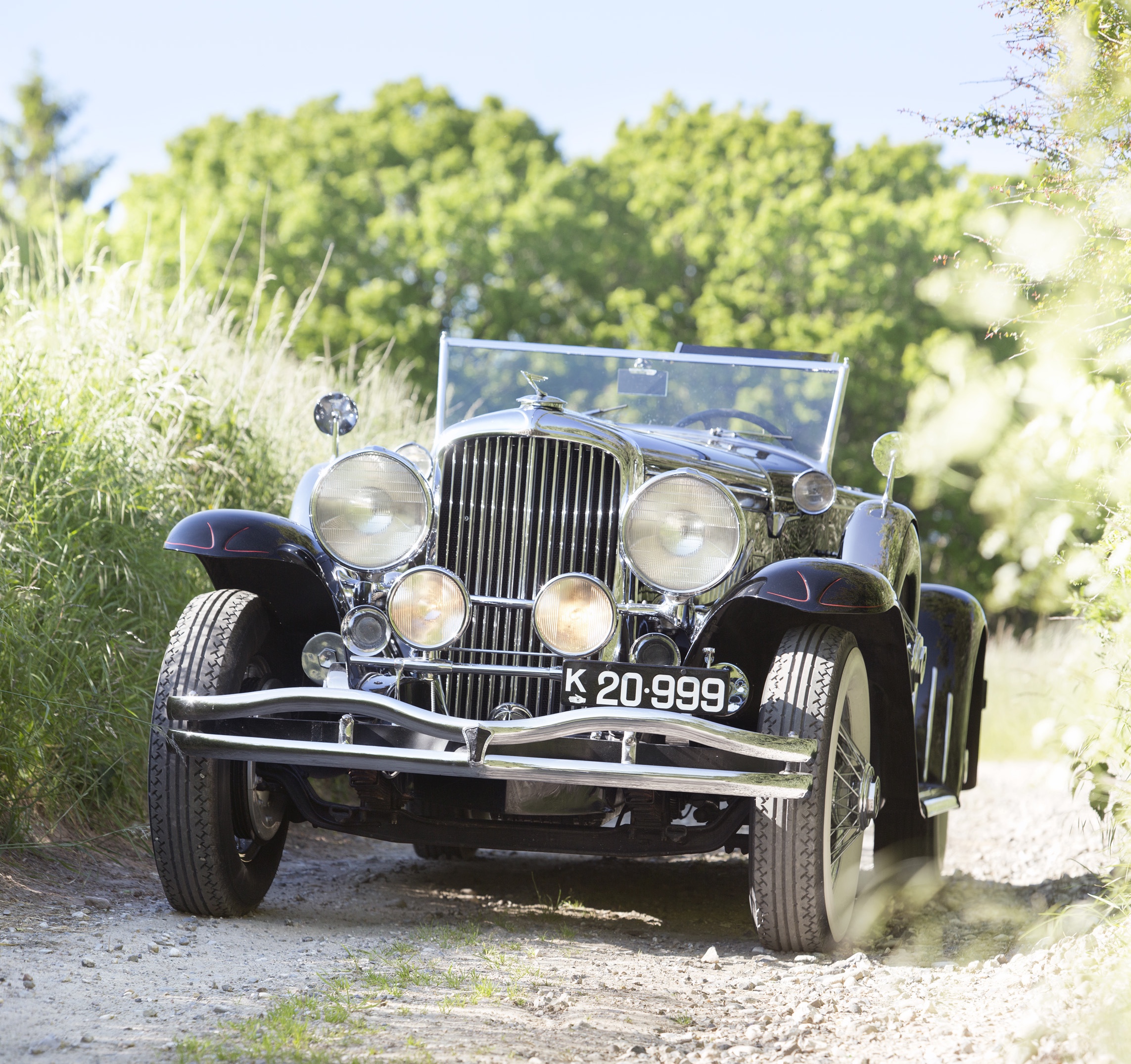 Bonhams auction of the Frederiksen Collection in Denmark last weekend generated some $24 million in sales, led by a 1930 Duesenberg Model J disappearing top roadster that presumably will be returning it its native land after being purchased for $2.66 million by an American collector in a phone bid.

While the Duesenberg sold over the telephone, Bonhams reported that, “Collectors flew to Denmark from across the world, with U.S. bidders particularly high in attendance.”

The attraction was twofold: Nearly 50 stunning classic cars and the glorious setting for the sale, which was held at Vivi and Henrik Frederiksen’s 16th century manor house, Lyngsbækgaard, the former summer home of the king of Denmark and located within Mols Bjerge national park.

Jakob Greisen, head of Bonhams US Motoring Department who handled this sale, said:

“Henrik’s collection is truly incredible, certainly one of the best in Europe. We’re delighted that so many turned out for the day, enjoying the sunshine, enjoying the cars, and witnessing a world record breaking Bonhams auction,” said Jakob Greisen, head of Bonhams U.S. Motoring department and a native of Denmark who handled the sale.

“There was an excellent atmosphere in the room, with everyone enjoying the day,” Malcolm Barber, Bonhams co-chairman who also served as auctioneer for the sale, added in the post-sale news release. “Auctions are a serious business, but they’re also excellent fun, and I think the people that came along to the sale very much enjoyed seeing these phenomenal cars, and watching the prices soar.”

“I’m absolutely delighted,” Frederiksen said. “I now have to say goodbye to my wonderful cars, but I couldn’t be happier as I know each will bring joy to their new owner. It’s quite astounding how many people turned out for the day, plus so many people bidding from across the world.”

The Frederiksen Collection was one of the major single-owner sales of the year. Previously, RM Sotheby’s sold 78 cars from the Paul and Chris Andrews collection for nearly $54 million and Barrett-Jackson sold some 140 cars from the Ron Pratte collection for more than $40 million.

More than 90 percent of the 48 lots sold at the Frederiksen auction, six of them for $1 million or more, including the Duesenberg, two Mercedes-Benzes, a Rolls-Royce and a Maybach. Prices reported include buyer’s premium.

Eleven of the cars that sold were Rolls-Royces, and they brought a combined $5.3 million. Among those Rolls was a 1937 Phantom III formerly owned by actress and inventor Hedy LeMarr.

The auction was the fourth conducted by Bonhams during September.

“The European Motoring department will look back on September with a certain amount of pride and satisfaction,” said James Knight, Bonhams group motoring director. “With four auctions conducted in three countries in four weeks, the team has been particularly busy. More than £38 million-worth of motor cars (nearly $58 million) have been sold and we now look forward to the final quarter to cap a tremendous 2015.”

Bonhams next motorcar sale is the “Preserving the Automobile” auction October 5 at the Simeone museum in Philadelphia. It also has five European sales scheduled before it opens its 2016 calendar January 28 at Scottsdale, Arizona.

(All prices include buyer’s premium.)