Women-owners only Duesenberg headed to auction 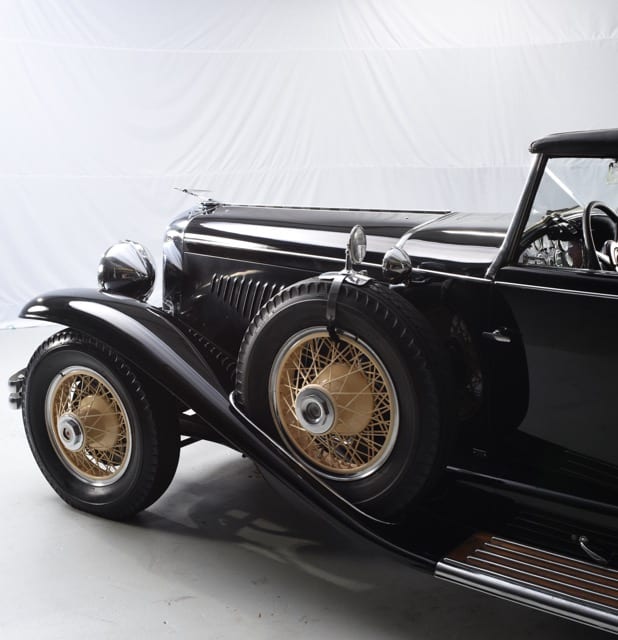 We who cover the collector car hobby write a lot about provenance and the effect of such things as ownership history on a car’s value when it is put up for sale. So it will be more than interesting to see what the extremely unusual ownership history of a particular 1929 Duesenberg Model J brings when the car crosses the block October 11 at Morphy Auctions’ Premier Automobile Auction in Denver, Pennsylvania.

The Dusie, with unrestored (original) convertible coupe bodywork (with rumble seat) by Murphy, has had four owners — and all of them have been women.

The car, with a reported 33,000 miles on its odometer, is being offered for sale at no reserve from the collection of the late Paul and Katherine Hedburn. The auction house expects the car to sell for at least $1.75 million and for perhaps as much as $2.25 million.

Katherine Hedburn purchased the car in 1961. 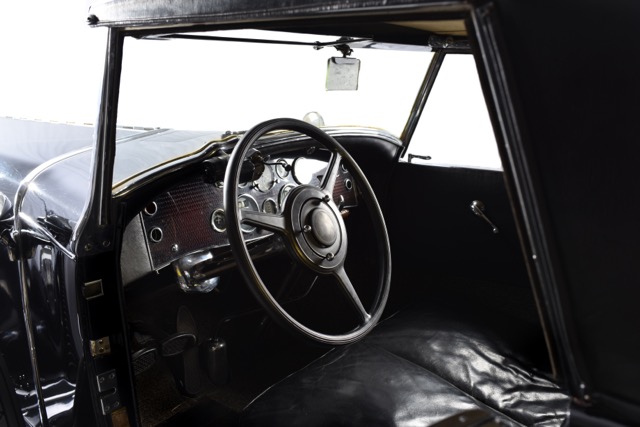 “Over the past 50 years, many collectors have tried to purchase the immaculately preserved Duesenberg, but the late Mrs. Hedburn had no interest in selling it,” Morphy Auctions said in its news release concerning the car’s availability.

According to Morphy, the car was ordered by Carolyn May Hoopes, “who came from a wealthy Pennsylvania steel family.”

“It’s a well-known car and especially desirable to collectors because it’s so original,” Bill Windham, head of Morphy’s automobile division, said in the news release. “It’s also the only one in existence that has a custom leather soft top,” which Carolyn Hoopes ordered because she didn’t like the standard canvas top. “She wanted the ultimate in luxury.”

Carolyn Hoopes kept the car until 1950 when after treatment in Battle Creek, Michigan, for tuberculosis, she gave the car to her doctor’s wife, “a Mrs. Wilson.” Two years later, Mrs. Wilson sold the car to Dema Dyer of nearby Climax, Michigan.

The car had 27,010 miles on its odometer when Mrs. Hedburn purchased it.

“We’ve had lots of interest from around the world, including from institutions, private collectors and celebrities,” Windham said. “Experts who’ve come in to view the car think it might very well set a new record for a Duesenberg at auction.”

The car, powered by a Lycoming-built straight-eight engine, comes with custom-fitted luggage as well as the original owner’s manual and ownership papers, Morphy reported. 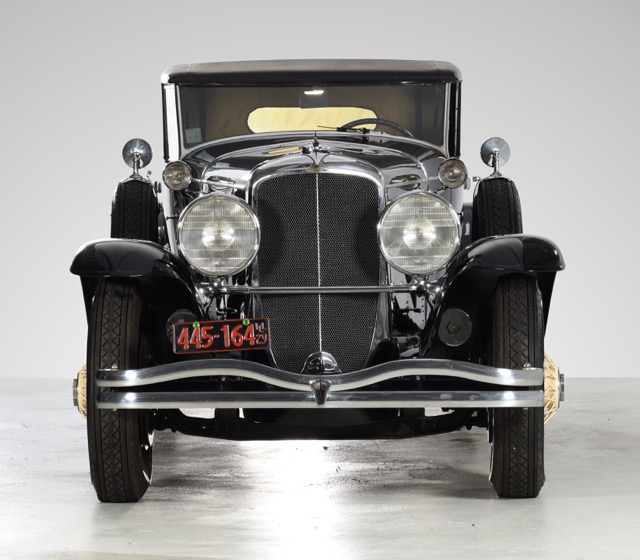 The car is one of seven vehicles from the Hedburns’ collection being offered at the auction. Among the others are two Indian motorcycles — a stunning 1916 V-Twin with sidecar and side curtains and a 1913 Model 30.50.

Two other Indian motorcycles also are in the sale — another 1913 Indian 61, formerly from the C. Thomas Mullen collection and the only motorcycle to appear on the cover of the AACA’s bi-monthly magazine, and a 1917 Indian Model 51 T Deluxe bicycle.

Also on the auction docket are an AACA award-winning 1907 Packard Model 30 “U” 7-passenger touring car, and from the Paul Andrews collection, a Tickford-bodied 1939 MG TB and a 1937 MG SA Tickford drophead.

“There are three beautiful old Mercedes, two Ferraris, and many American classics, around 40 lots in all,” Windham said.

The Premier Automobile Auction follows by six days the first round of the Automobilia & Petrolinia sale of more than 800 lots from the Kyle Moore collection.