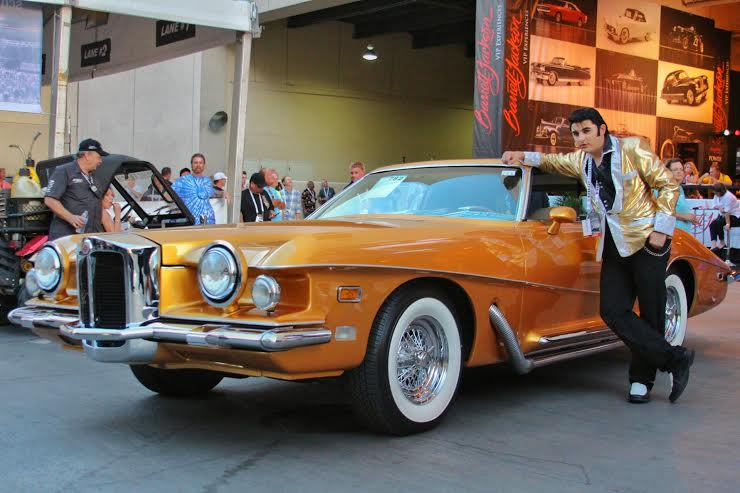 On the final day of the Las Vegas Barrett-Jackson auction, the King, Elvis Presley (well, at least his likeness), graced the auction block and presented a 1976 Stutz Black Hawk Coupe. While Elvis was an impersonator, the car was offered with an authentic Elvis Presley signature in addition to its pristine original owner’s manual and its original nameplate.

A total of 500 such Stutz Black Hawks were made from 1971 to 1987, with the first one being purchased by Presley for $26,500 on October 9, 1970, after a bidding war between himself and Frank Sinatra. In the years that followed, Presley bought three more.

Due to the car’s rarity , they were popular in the Hollywood celebrity circle.

The cars, with bodies produced in Italy, were based on Pontiac chassis with design input from former Chrysler designer Virgil Exner.  The company was not related to the classic Stutz or its Blackhawk model of the 1920s.

Crossing the block for $36,300, this Black Hawk was restored to show quality and featured a 455-cubic-inch V8.