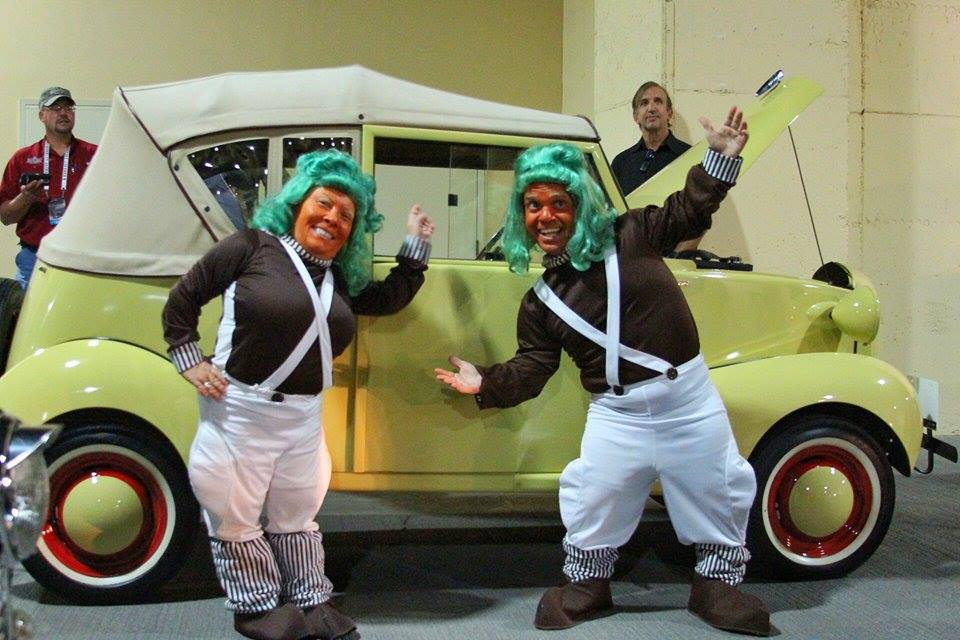 It may not have been one of those emotional Barrett-Jackson moments with a million dollars being bid and a charity being benefited, but a highlight of the auction action Friday at Las Vegas was the appearance on the block — at the same time — of six micro cars and two Oompa Loompas.

For those who may not remember, Oompa Loompas are the orange-faced, green-haired characters from the movie Willy Wonka & the Chocolate Factory.

While on stage, the Oompa Loompas handed out candy to the Velocity television crew  and also tossed treats to the bidders in the front row. Seemingly everybody wanted a photo with the colorful characters whose positive energy and quirky costumes really helped show off the beauty and special character of the  micro cars. Bids increased on the cars as the Oompa Loopas  danced around the stage.

The 1942 Crosley Convertible led the way and sold for $14,300. According to Barrett-Jackson, the car is extremely rare,  one of only 1,029 built between 1941 and 1942. It is in excellent mechanical and cosmetic condition having recently underwent a restoration.

Crossing the block and selling for $22,000 was the 1957 Goggomobil T-250 with 3,740 kilometers. The car originated in Dingolfing, Germany, with a 247cc engine powering this nine and a half foot long car with 13.6 horsepower. The body is coated with blue paint with gray interior.

Sporting some flared fenders and British Racing Green paint with tan interior, a 1972 Morris Mini Cooper was on the block with the other micro cars and brought $16,500.

Last but certainly not least, the 1948 Rolux Baby sold for $20,900. Its 122cc motor produces   4.5 horsepower. The car is eight feet and nine inches in length and is easily recognizable by its short, round tail and rear fenders.