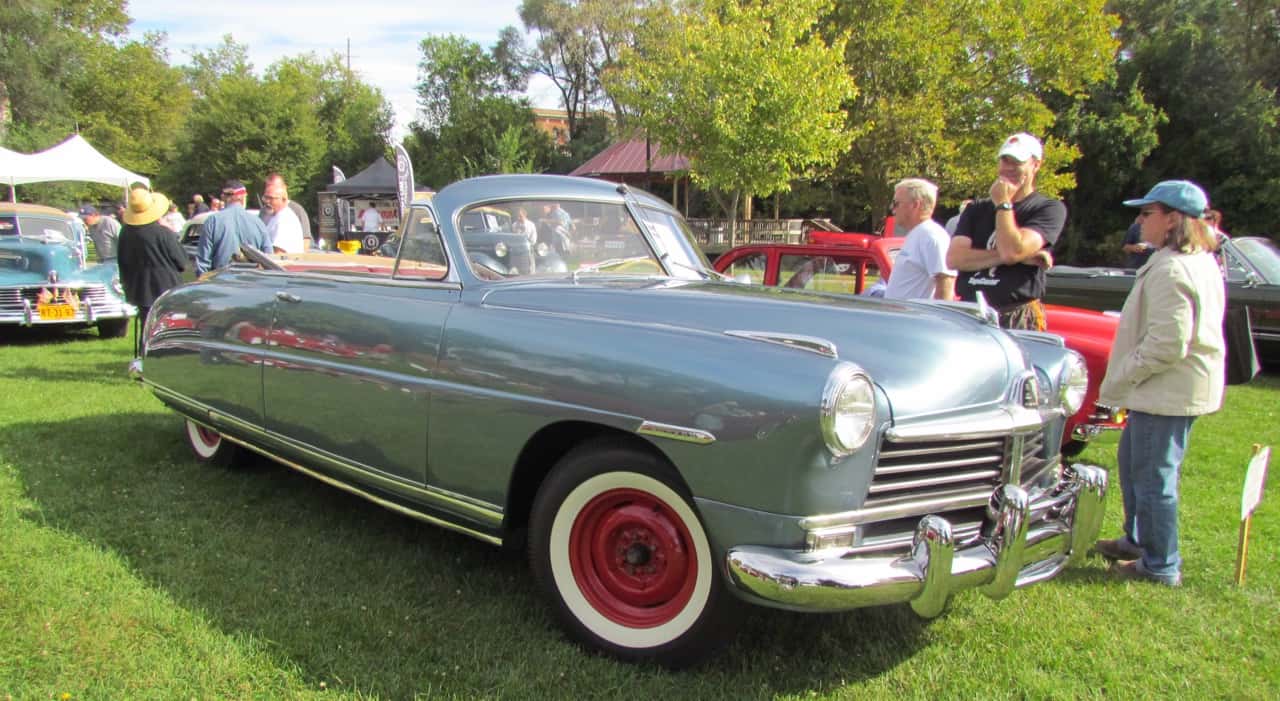 The organizers of the 19th annual Ypsilanti Orphan Car Show did something a little different this year. Instead of selecting a particular brand as the featured marque, the cars in the honored Class J grouping were all convertibles. Forty-one were entered. They ranged from a 1926 Willys Knight 66 to a 1988 Yugo Cabrio.

The Class J convertibles were parked closest to the entrance to Riverside Park, where the Ypsilanti Automotive Heritage Museum stages its annual showcase of cars from automakers that no longer exist or no longer sell vehicles in the U.S.

What was just as strange as the mixed marques that comprised Class J was the team of judges assigned to select not the best of class winner but simply their favorite car. The Detroit area being home not only to the American auto industry but to automotive magazines and websites, the judges for the Orphan show come from the automotive media.

Head judge was Kevin Wilson, formerly of AutoWeek and now with car-and-driver.com. This year, the Class J judges assigned by Wilson were Tony Swan of Car and Driver magazine; Rick Kranz, a long-time editor at Automotive News and currently reporting for Lienert/Edmunds; and me, the editorial director of Classic Car News and ClassicCars.com.

While traditional concours judges check nuts and bolts for factory-original accuracy, at the Ypsi Orphans show, we go around interviewing car owners to learn their stories and their car’s stories. We then confer, consider those stories and simply decide which vehicles made the biggest impressions on us and somehow agree to our favorite, which receives a trophy as it passes in review later in the day.

And we saw some amazing convertible and heard some fascinating stories. For example:

Any of those cars could have qualified easily for the Class J judges’ favorite. But for that honor, we selected Gerald Szostak’s 1926 Willys Knight 66, which not only was the oldest car in the class but was equipped with an innovative canopy-style convertible roof that extends from the windshield header all the way back to cover even the amazingly roomy rumble seat. There are even side curtains so the people sitting in the rear are protected from the dust and the weather.

Because I spent so much time with the J Class, we’re doing a special Eye Candy gallery just on those cars. But we’ll be back with another Eye Candy on the other classes shown at the 19th Ypsilanti Orphan Car Show.