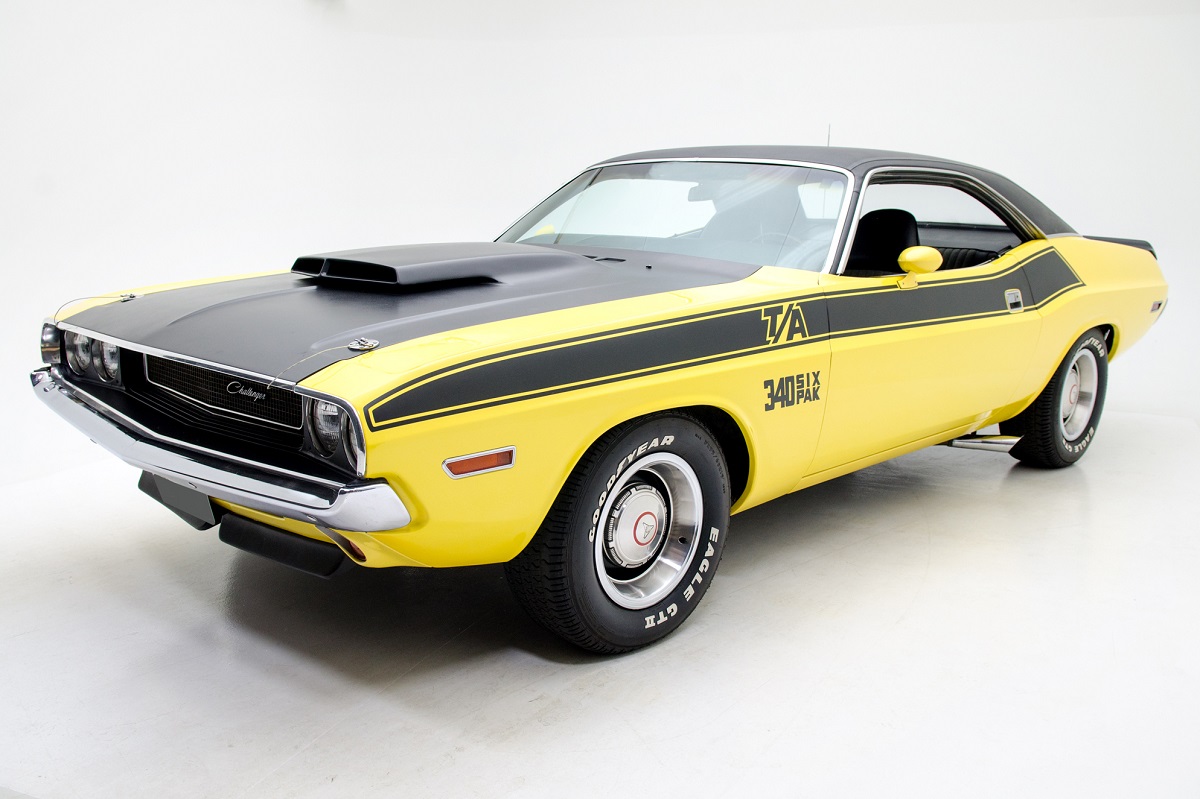 Editor’s note: This is the ninth in a 10-day series featuring cars to be sold September 24-26 during Barrett-Jackson’s Las Vegas auction.

The Dodge Challenger was produced from 1969-1974 using the Chrysler E platform and sharing components with the Plymouth Barracuda in an effort to rival the Ford Mustang and Chevrolet Camaro.

Although the race cars ran a destroked version of the 340, street versions took the 340 and added a trio of two-barrel carburetors atop an aluminum intake manifold, creating the 340 Six Pack. It breathed through a suitcase-sized air scoop molded into the pinned down, hinged matte-black fiberglass hood. Low-restriction dual exhaust ran to the stock mufflers.

The T/A was one of the first U.S. muscle cars to fit different size tires front and rear: E60x15 Goodyear Polyglas in the front, and G60x15 on the rear axle.  A modified chamber elevated the tail enough to clear the rear tires and its side-exhaust outlets.

The Challenger T/A scored a few top-three finishes in the SCCAA races, but lack of a development budget led Dodge to leave the series at season’s end. The street version suffered from severe understeer in fast corners, largely due to the smaller front tires. Only 2,399 T/As were made.

This 1970 Dodge Challenger Trans Am is an original car with the exception of a repaint finished in Banana over the original black interior. This rare Trans Am Challenger was a one-year-only option in 1970 and features a matching-numbers 340 V8 Six Pack and matching-numbers heavy-duty TorqueFlite automatic transmission.

The original broadcast sheet will be included with the sale of the car.