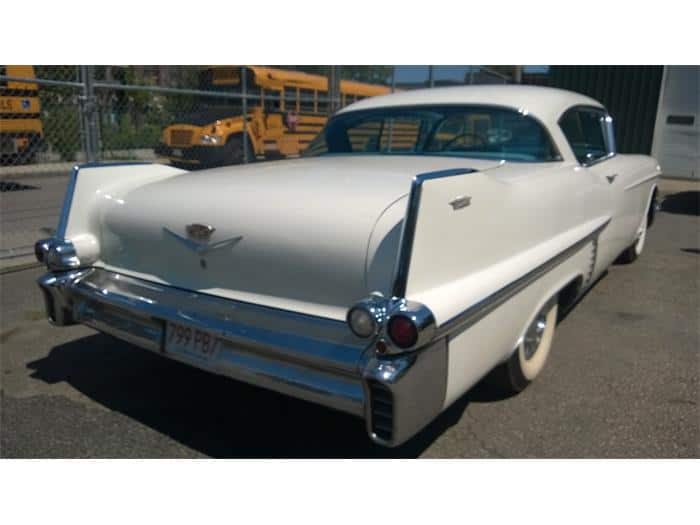 John Gately has been restoring Cadillacs since 1956 and in 1968 started the Gately Restoration Co. in Boston. Since then, according to the company’s website, “Gately Cadillac Restoration has traveled the country in our 10 wheeler many times to bring you some of the rarest Cadillac parts. Rust free Cadillac parts from California, to Arizona to Florida and back to Massachusetts.”

The shop also sells complete vehicles, among them, apparently, is this 1957 Cadillac Series 62 coupe. 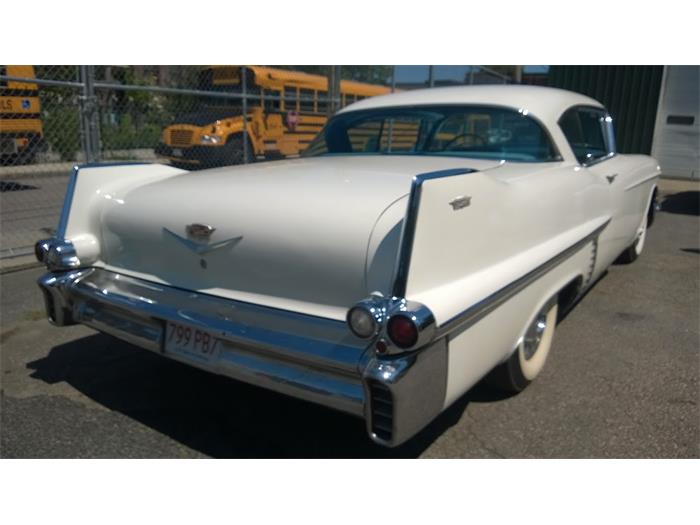 “This car runs and drives great,” according to the advertisement on ClassicCars.com. “Always garaged and very well maintained.”

We hope so since the advertisement later notes that this car is coming from John’s private collection.

The “undercarriage is extremely nice,” the ad continues, and the “chrome is in excellent condition.”

The interior is relatively new, in blue cloth and leather.

The 365-cid engine has been rebuilt, pumps out 400 horsepower and is linked to a four-speed Hydra-Matic automatic transmission.

The car has power brakes, power seats, power steering and an AM radio.