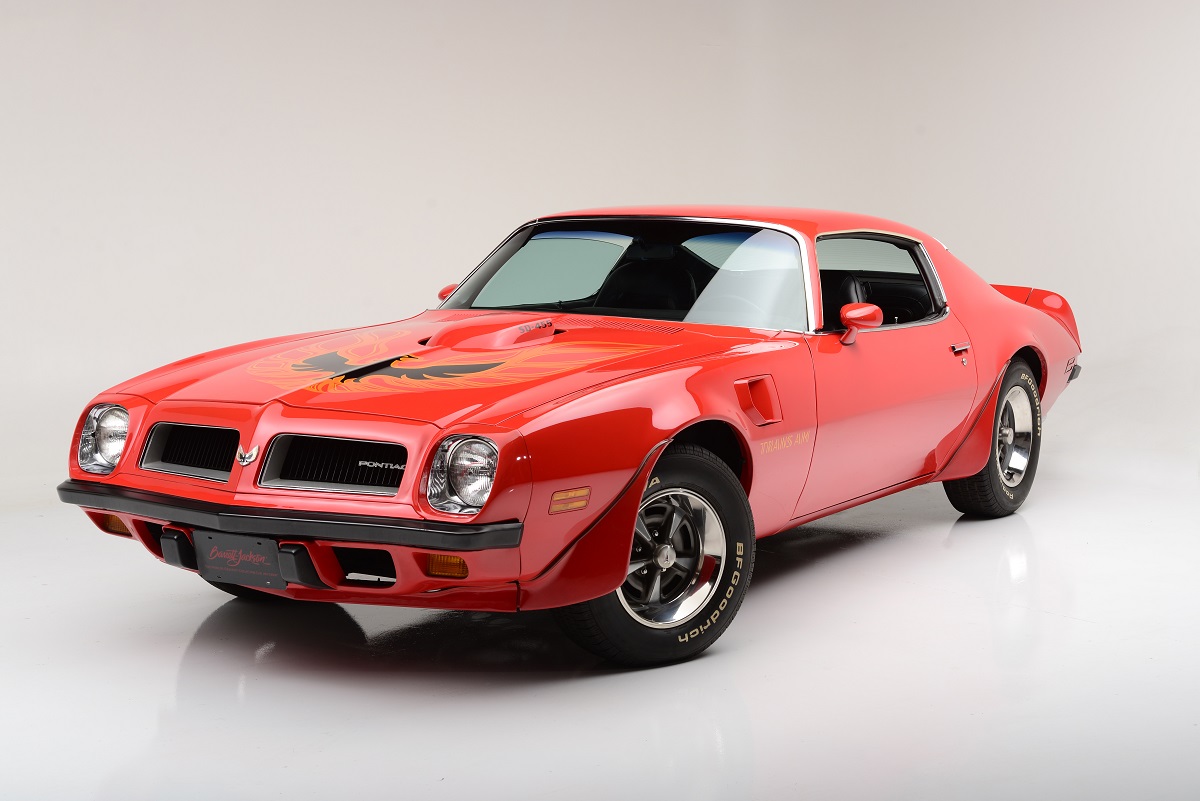 Editor’s note: This is the sixth in a 10-day series featuring cars to be sold September 24-26 during Barrett-Jackson’s Las Vegas auction.

The 1974 Pontiac Firebird and Trans Am Super Duties were the last of the high-performance cars from the ’70s. A total of 943 were produced for the 1974 model year. Of that number, only 212 were equipped with the Pontiac 455 Super Duty engine and 4-speed transmission, and this is one of them, with less than 9,500 actual miles.

All of the 455 Super Duty engines were hand-built race engines, as an off-assembly-line operation. This was unheard of for a production vehicle, especially during the time of detuning and emissions regulations.

This three-owner car has been professionally restored and is in show condition with fresh paint to factory code and all-original sheet metal. The original interior still appears as new. The matching-numbers drivetrain has never been apart and is fully decoded.