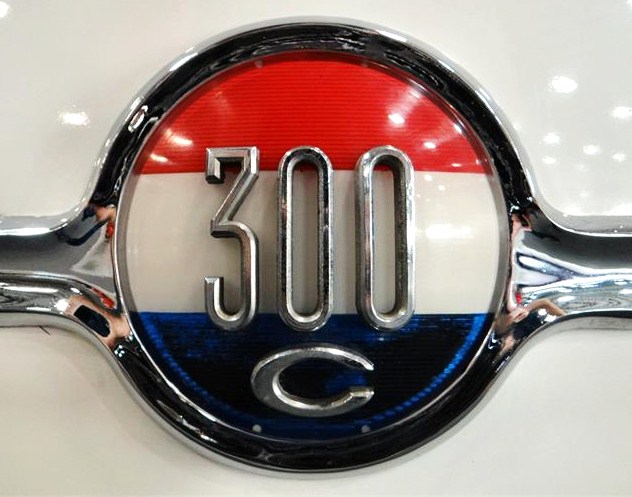 Legendary Chrysler auto designer Virgil Exner was in his full glory when he created the 1957 Chrysler 300C, the premium model in which Exner pushed his “Forward Look” styling to its extreme. The massive performance car with the towering tailfins and a 392-cid Hemi V8 under its broad hood was a bold statement and a high point of Chrysler’s iconic “letter car” series.

The Pick of the Day is a 1957 Chrysler 300C convertible, located in Tampa, Florida, and advertised on ClassicCars.com by an Illinois classic car dealer who describes it as a 73,564-mile survivor in white with a tan interior and a black top.

“You want to talk about a rare early Hemi powered Chrysler? Well, here it is!” the dealer says in the listing. “Just 484 convertible 300C Chryslers were made in 1957, all powered by the 392 cid V8 Hemi engine sporting dual four-barrel carburetors with NASCAR inspired dual air filters, which was rated at 375 horsepower and 420 lbs of torque that topped out at 145+ miles per hour in the ‘Two Way Flying Mile’.”

The 300C was based on the New Yorker, the seller notes, with many changes made to boost power and appearance. For Mopar fans, the 300C is the epitome of ’50s style and thunderous Hemi power.

“The 300C had a low stance, unique grille, large windshield, front door vent windows, brake cooling ducts, and a red, white, and blue emblem with the 300C logo on the quarter panel,” the listing reads.

And then there were those mighty tailfins that made the Chrysler seem ready to take flight. The automaker claimed that they were more than just a styling embellishment but functioned as aerodynamic stabilizers.

Whatever, they certainly do look distinctive. Enthusiasts of this era of automotive styling excess appreciate such a bold statement of confidence and optimism, especially when paired with the high performance provided by the fully tweaked Hemi. This was a heady time for auto designers, and the 300C stands tall.

The 300C convertible is a highly desirable collector car, especially in what appears to be original condition (the seller does not mention a repaint), and it is priced accordingly at a lofty $97,000.