New exhibits and car shows this weekend at automotive museums 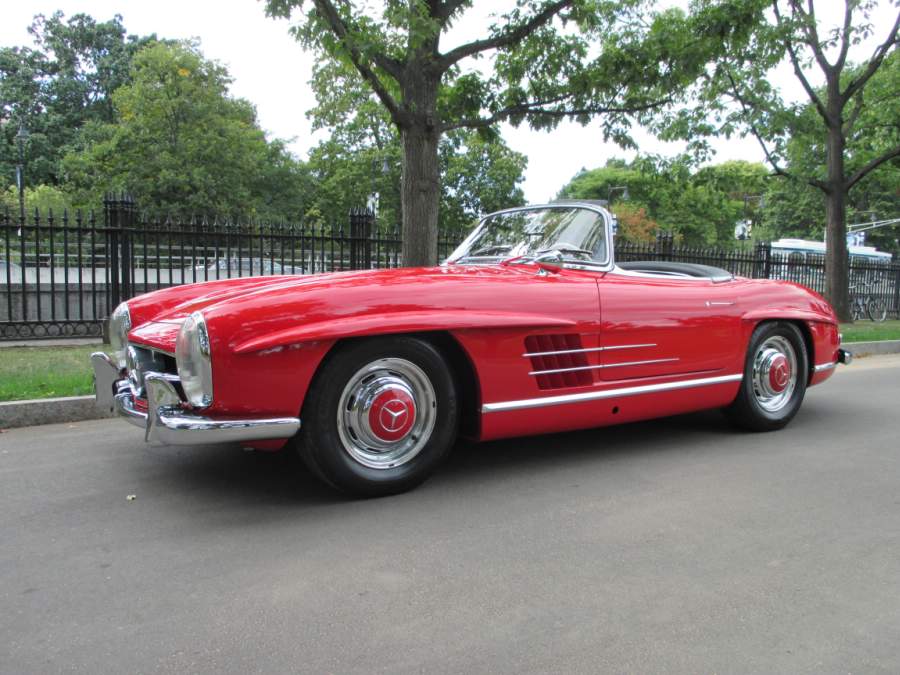 To promote recycling and reuse of old car parts, a new exhibit, Car Part Art, opens today at the National Corvette Museum in Bowling Green, Kentucky. Andree Rudloff, the museums guest curator, helped develop the exhibit by securing artists to showcase in the exhibit which will run through till January 8, 2016.

The museum has also teamed with the Kentucky State Police for a scenic road tour with stops at Abraham Lincoln’s Birthplace, the Rosemary Clooney House, Newport Aquarium, Carter Caves and more. Meals and accommodations are included in the registration fee of $950 for members, $990 for non-members. Tours will be October 12-17, 19-24, and 26-31.

The World of Speed Museum in Wilsonville, Oregon, features movies on the big screen in the main indoor gallery. Movies start at 7 p.m. and prices are $2.50 for members and $8 for non-members. Movies are: September 18, American Graffiti; October 16, Bullitt; October 30, Christine; November 20, Cars; and December 11, Talladega Nights.

September 19 is the date for a Model A driving class at the California Automobile Museum in Sacramento, California. The following weekend, September 26, the museum stages a Model T driving school and on October 24, from 8 a.m. to noon, will be the museum’s inaugural Tuner Car Show with help from 1992 Performance and local car clubs NorCalSTIclub and NorCal S2k.

Located in Danville, California, the Blackhawk Automotive Museum hosts the All-British Car Meet with the Mini Owners of America on September 19, followed by the Danville Concours d’Elegance on September 20.

September 19 in Punta Gorda, Florida is Muscle Car City’s monthly car and bike show in conjunction with the 5th annual NSRA Appreciation day. The show will take place from 9:00 a.m. to 1:00 p.m. with free registration, door prizes, trophies and free NSRA inspections will be available.

September 19, is the Volo Auto Museum’s last car show for the year. The car show includes blues and beers in honor of the 35–year anniversary of the Blues Brothers. Running until September 27, visitors will be able to view the Duesenberg collection for free at the Museum in Volo Illinois.

The AACA Museum, located in Hershey, Pennsylvania, hosts the PAWS Fast and Furriest Car Show on September 20. All proceeds will go to the Society for Preservation of Animal Welfare and Safety (PAWS). The show will have 35 classes for cars, trucks and motorcycles

The museum will also have the U.S. National Broadway Touring Chitty Chitty Bang Bang prop car on display from November 21 to January 31, 2016.

The museum continues its fall speaker series on October 10 is Richard Burns Carlson on “The Olympian Cars;” October 17 is Steve Moal on “Designing and Building a Street Rod for a client;” November 17 is Matt Stone on “Heroes, Legends, and Friends;” December 5 is Bill Warner on “The Cars of Cuba, a Dream or a Nightmare;” and lastly on December 12, Danny Sullivan on “‘Spin and win’ the 1985 Indy 500” marking the 30th anniversary of his win an Indy.

Also on October 10 at the museum is the Pre-War Classics “Picnic on the Plaza.” The show is open to all pre-1941 cars, and the museum is encouraging participants to dress in period attire.

The Auburn Cord Duesenberg Automobile Museum, in Auburn, Indiana, stages a presentation, “How did that end up in a museum?” on September 22. “We all like looking at pristine, perfect or shiny objects,” said Sam Grate, registrar of the ACD museum. “Sometimes, the worst-looking object could be the most important one in a museum’s collection. This presentation aims to show museum visitors why aspects of an object are greater than its physical appearance.”

The next Demo day at the Simeone Automotive Museum in Philadelphia, Pennsylvania, features “Roadsters and Racers”  on September 24 with a focus on the Packard Gentleman’s Roadster, Hudson Mile-a-Minute Roadster, 1929 DuPont Model G Speedster and 1929 DuPont Le Mans Speedster.

Next weekend, September 26-27 will be the Owls Head Transportation Museum’s Foreign Auto Festival in Owls Head, Maine. The featured marque is Mercedes-Benz with a special display including a 1960 Mercedes 300SL roadster owned by Ray Ayer. The museum will do a demonstration with a 1886 Benz replica and a 1904/05 Mercedes Simplex.

October 9-11 is the 11th annual Barber Vintage Festival at the Barber Vintage Museum in Birmingham, Alabama, which will feature the Britten family and Britten motorcycles.

Beginning October 17, the first in a series of lectures and workshops at the Heritage Motor Centre in England. The first is ‘Drawing from Automotive History’ which will be led by art teacher Richard Cook and will give participants basic drawing hints and tips for drawing automobiles. On October 24 is ‘Cars through the Lens’ will focus on photographing cars. November 29 will be a presentation on “The story of our gas turbine car.”