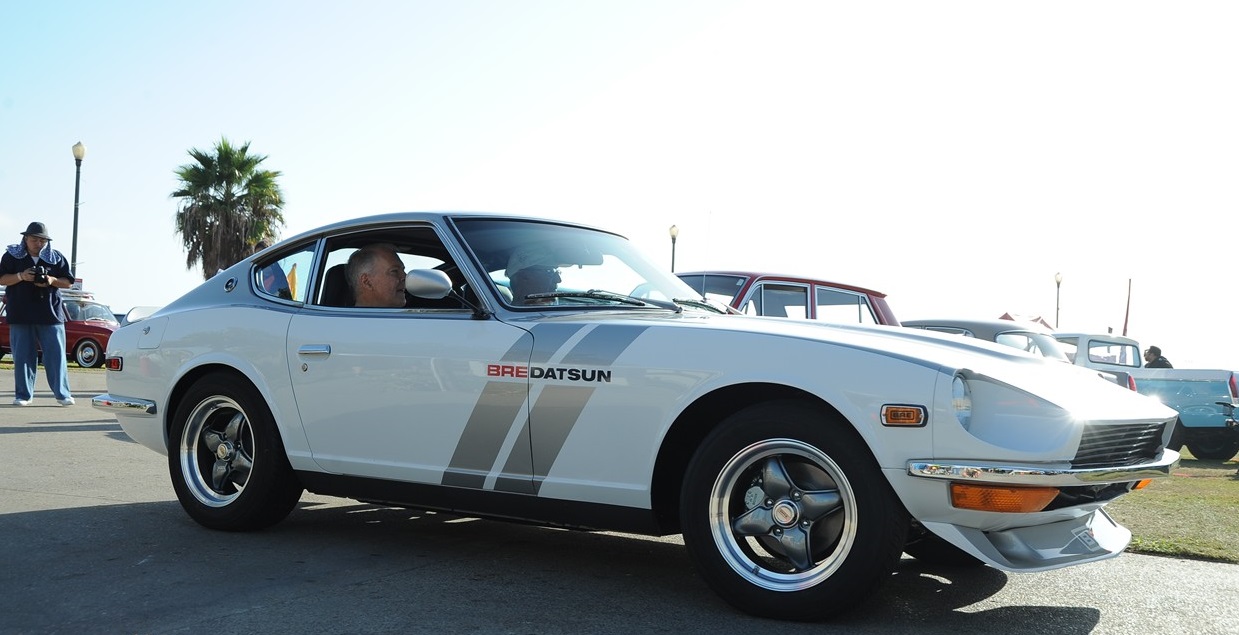 In 2005, Terry Yamaguchi and her husband Koji, noticed that the different Japanese car clubs in California didn’t really mingle outside of their brand or model of vehicle. “In japan it’s very different, they are all classics, they are all vintage and they come together,” she said. “We decided to host the show to bring in everyone and bring all of our cars together.”

So she became chief executive and event organizer of the Japanese Classic Car Show, which will be staged for the 11th time this weekend at the Queen Mary Events Park in Long Beach, California.

According to Yamaguchi, her passion for Japanese classics came from her husband.

“He is a Celica guy and when he was 18, he got a 1977 Celica in Japan and since then has kept going and got a Corolla, and an RX-7,” and other vehicles. When they married, she became more involved and began helping him run the websites dedicated to Japanese classics and car clubs that they managed.

“My father was a car guy also, so maybe I was born with it,” she realizes.

“We didn’t mean to continue the JCCS for 11 years, it started as a one-time thing.”  Yamaguchi said.

However, the demand was so large for another show and they received so much positive feedback that, “We choose to continue and carry on. We didn’t expect it to be so popular.”

One of the reasons Yamaguchi didn’t expect a second Japanese Classic Car Show was because “some of the automotive media people were upset about what it should be called, they didn’t think a Japanese car could be classic and they said ‘classic was only American and European cars.’ We had no idea. We just thought that was what it was, a classic.”

Yamaguchi said it is inspiring for her to see Japanese cars at events like Pebble Beach and crossing the block at big auction houses.

“It reminds Japanese classic car owners to preserve and cherish what we have,” she said.

Yamaughi used an example of a Ford Mustang to make the point that you can get every part and build an entire car. “For a Japanese car, we can’t do that so we have to be careful with what we have,” she explained.

As the interest in Japanese classics continues, Yamaguchi thinks the show has helped the hobby evolve and grow, in part because it “has inspired those who don’t know a lot about the older Japanese cars.”

She also said some people with a car may have previously thought to throw it away but realized with more exposure, the vehicle could be restored and “carry on the tradition and passion to their kids and grandkids.”

According to Yamaguchi, the cars that participate in the show are diverse and include everything from original unrestored to original restored to those that are not period and added, “we have some cars with few modifications to ones completely modified and customized.”

As the show has annually run for a decade, Yamaguchi has noticed the quality of modifications and restorations is getting better over time as interest in old Japanese cars increases.

“Collectability depends on the model” Yamaguchi said, “Modification is not suitable for something like an old Land Cruiser, where the original components will keep the value. On the other hand, for cars like the Skyline and Z cars, if it’s the right mod, it will probably add more value to the car.”

The various levels and quality of restoration and customization also affect the collectability of the vehicles as well.

Attracting around 6,000 spectators each year, the show is limited to displaying 420 cars, which also includes specialty display vehicles from vendors.

This year special vehicles at the show include Bob Sharp’s 280Z in the Yokohama booth, Mr. Katayama’s own 240Z in a tribute to the father of the Datsun Z car, a BRE 240Z — also known as the “John Morton 240Z” replica, a Toyota Sport 800 50th anniversary corral, and the battle of Skyline vs. RX-3 showcasing vehicles from the ’70s.

Nissan will also be on hand displaying several vehicles from its heritage collection as well as debuting two new 2016 models.

“We organize the show because we are so passionate about the cars and we want to inspire the younger generations so they are interested in this hobby as they grow up,” said Yamaguchi.

“It’s an expensive hobby for them (younger car owners) to get into so we see them start with vintage cars from the ’80s because they are cheaper and then work their way up to the expensive cars as they age.

“Each year we get a good mix of people. We typically see the father showing his car with the kids tagging along and then the kids grow up and show dads car. It’s interesting and ideal for us because it shows the hobby continuing.”