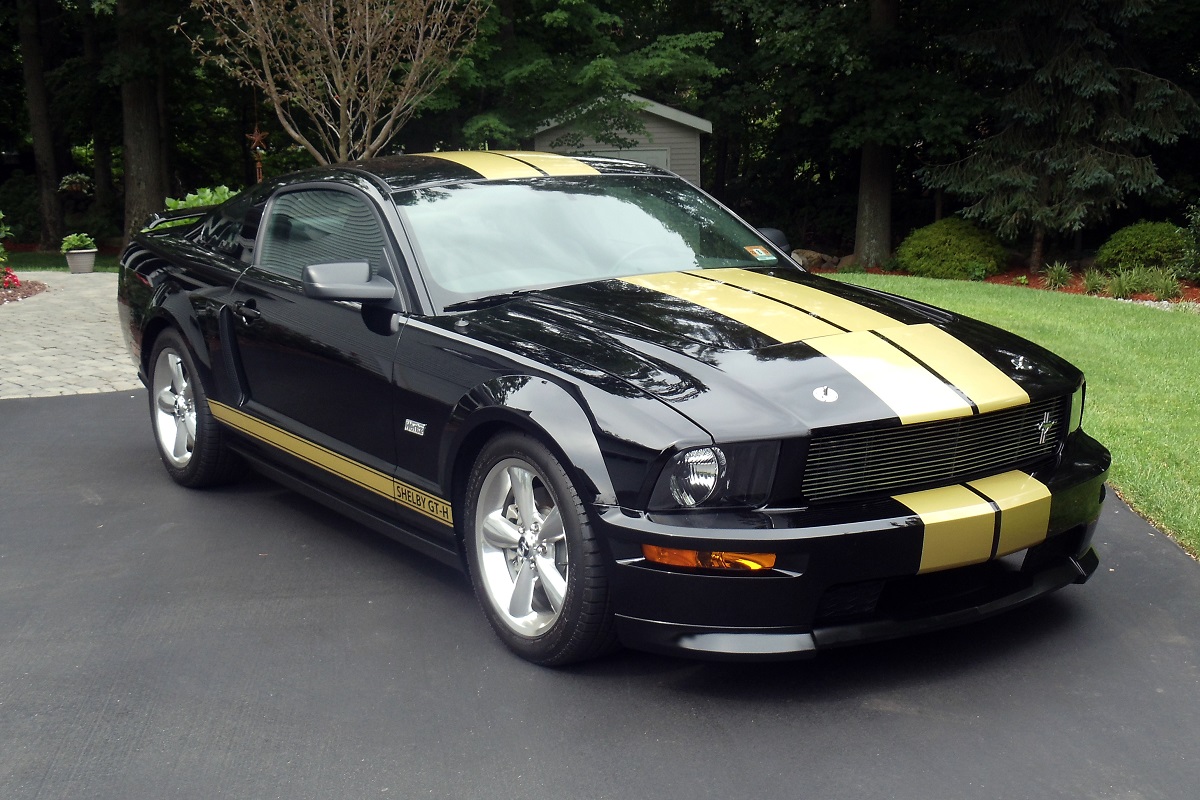 Editor’s note: This is the third in a 10-day series featuring cars to be sold September 24-26 during Barrett-Jackson’s Las Vegas auction.

The Hertz Fun Collection was initiated in March 2006 as a way to feature “fun-to-drive” vehicles such as the Nissan 350Z, PT Cruiser, Miata and Wrangler. In late 2005, Walt Seaman, vice president of Hertz Worldwide Fleet Operations, was looking for a special vehicle to be the focal point of the Fun Collection.

The inspiration came from the 1966 Shelby GT350H, which was in the lobby of the Hertz Headquarters. He approached Ford Motor Company about producing 500 Mustang GT coupes as a 40th Anniversary of the GT350H “Rent-A-Racer” program with the original thought simply to do cosmetic changes, like the trademark gold stripes. Walt was not aware that Ford was already working with Shelby to develop some type of special car.

Hertz, Shelby and Ford met, and in less than 90 days developed the Shelby GT-H Program. The car started as a black 2006 Mustang GT coupe. It was then shipped to Shelby in Las Vegas, where it received significant changes, such as a new front fascia, hood, side air scoops and a Ford Racing Performance Package. The parts used to modify the car were all Ford part numbered pieces, with the exception of the Shelby hood.

The GT-H was introduced to the world at the New York Auto Show in April of 2006. The used rental units were sold exclusively to Ford dealers at closed auctions. Shelby produced 496 automatic units for the Hertz rental fleet, of which 20 were purchased by Hertz executives and never rented. The other four units were stick-shift Mustang GTs with a factory 18-inch wheel package.

The four 5-speed manual transmission units were never rented. Of the four, one, CSM #06H001 went to Carroll Shelby. This car is CSM #06H002 and is owned by Walt Seaman, and the other two went to Hertz vice presidents.

This car comes with much of the original documentation, including MSO, and has 933 actual miles.