Mid-century suburban vehicles to be featured at Hilton Head 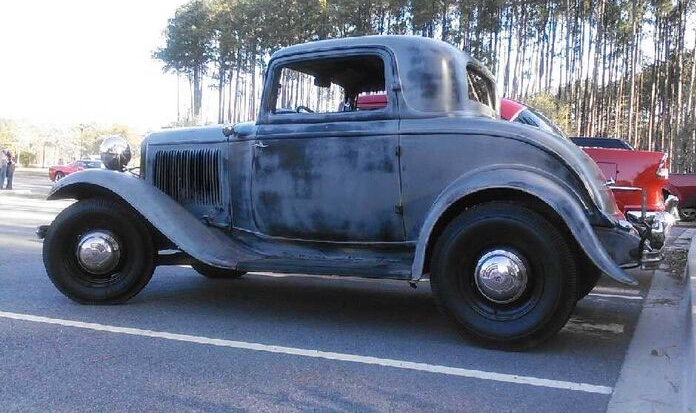 With the world in turmoil, you might think this would be a great time to reset the clock to the Happy Days of Leave It to Beaver. And you can at the 14th annual Hilton Head Island Motoring Festival & Concours d’Elegance, where the annual “Life” exhibit will focus on suburban living in the middle of the 20th Century and the vehicles that were part of the lifestyle.

“This year’s ‘Life’ exhibit provides a look into American automotive culture of the late ’40s, ’50s, and early ’60s, when a new generation of automotive-based service businesses sprang up, such as delivery service vehicles, drive-throughs and drive-ins,” Phil Capossela, the festival’s chairman emeritus and “Life” exhibit curator, said in a news release.“It’s exhibits like these that truly set us apart from other concours events across the country.”

“Life in the Suburbs” will be the seventh such era-specific “Life” exhibit at the festival, and will be sponsored by the GMC division of General Motors. That sponsorship means that two vehicles from the GM Heritage Collection – a 1945 GMC Sinclair Tanker and a 1951 GMC Canopy Express – will be part of the exhibit. Also featured will be a 1948 Chevrolet Stylemaster Sedan Delivery owned by car dealer and racing team owner Rick Hendrick and a 1947 Crosley Ice Cream Truck on loan from Donnie Gould and Auctions America.

“As a celebration of the automobile through the decades, the ‘Life’ exhibit holds true to the Festival’s mission statement of ‘entertaining and educating the community,’” said Carolyn Vanagel, festival president.

In addition to “Life in the Suburbs,” the festival will feature a two-day exhibit of motoring marine craft and a collection of motorcycles that participated in The Cannonball, a cross-country vintage bike race celebrating the achievements of “Cannonball” Baker.